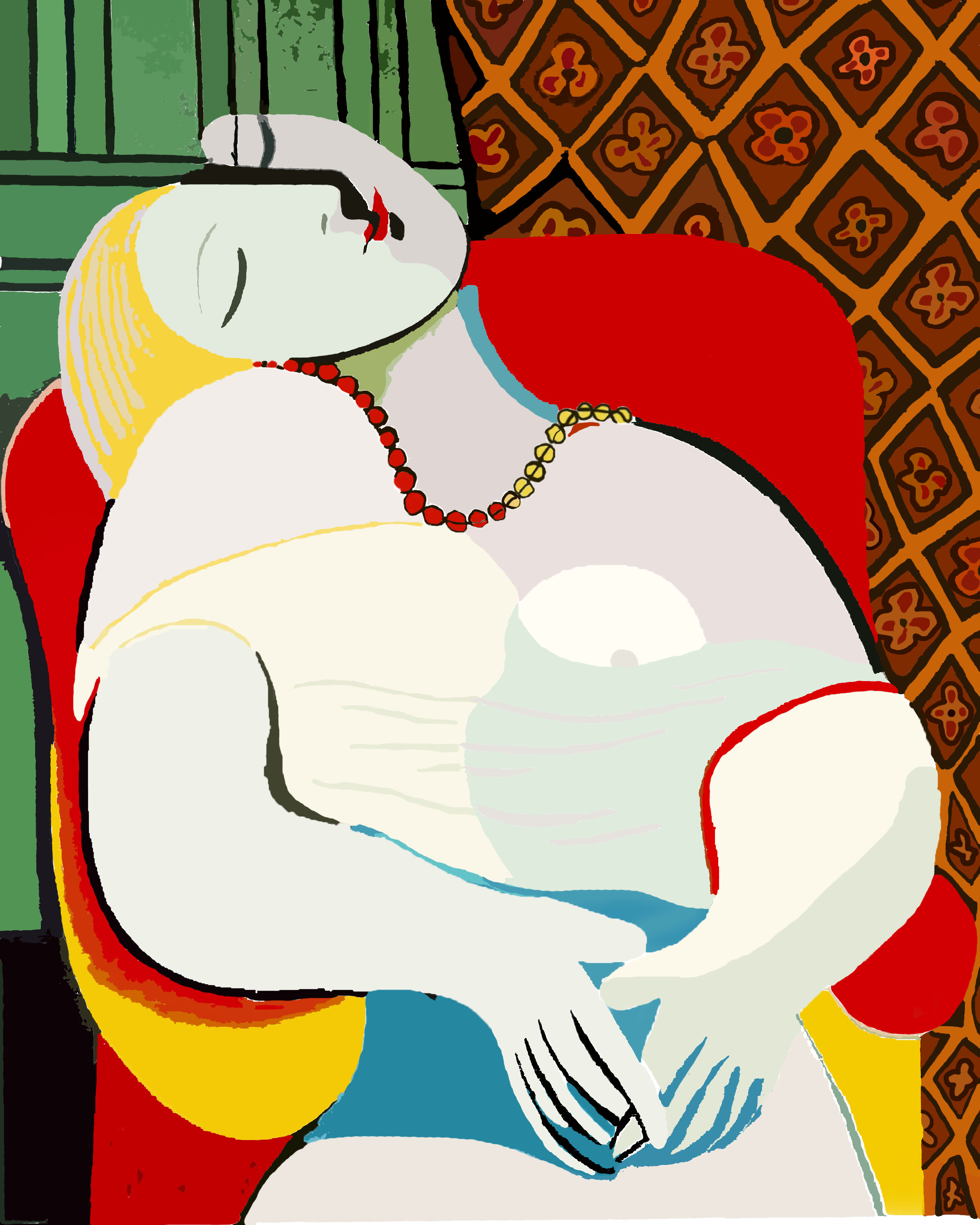 Le Reve (“Dream” in French) is Pablo Picasso‘s most famous, expensive and also controversial painting of all the time. The highly contrasting colors and the overly simplified depiction is from Picasso’s period of distorted depictions. He had various periods of different types of depictions in his art during his lifetime. This style is said to be near style of Fauvism, which also used contrasting colors.

A little controversy attached to this piece of art is that Picasso has depicted an erect penis over the face of the woman, which is not official but many critics believe it to be portrayal of his own. Artists do include hidden messages, ideas or designs in their paintings often and the apparent resemblance of the painting is provoking the critics to believe in what they say.

The feel of painting is charming. The composition and color use is smooth, contrasting and very much pleasant.

Though, the legacy and controversy of the painting and the painter is so great that the incident (the tear was mended later on) didn’t stop people from considering it invaluable. The latest sell of the painting in 2006 costed around $155 million to the new owner.

A question though, why the girl has five fingers on both hands?