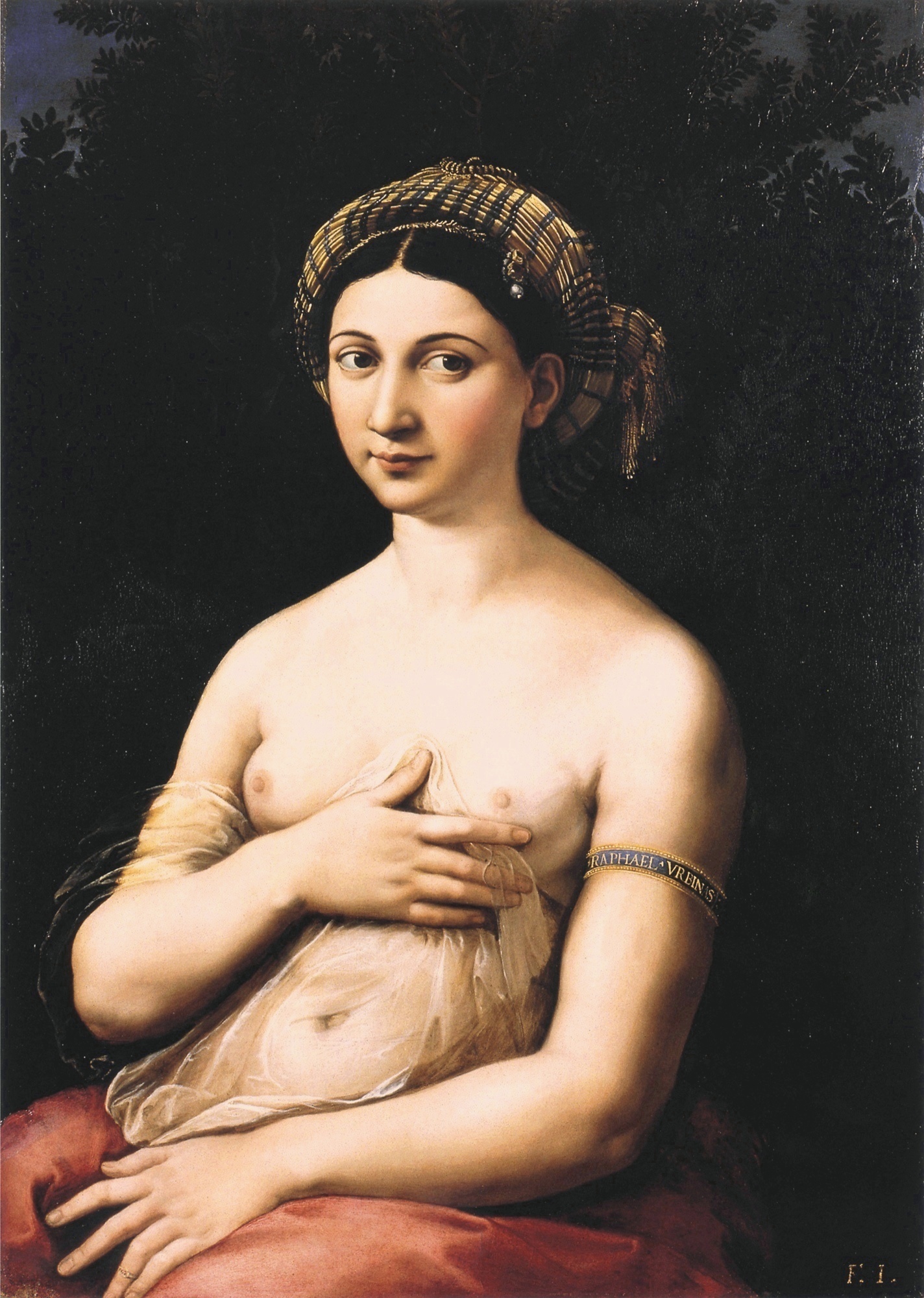 La fornarina was a skillful depiction by high-renaissance artist Raphael. It resembles with Leonardo’s Mona Lisa in terms of the posture, use of the model and the alleged idea behind the portrait. It also includes some elements of popular painting style Chiaroscuro which Raphael borrowed from Caravaggio.

It is said that the model seated for the portrait was Raphael’s real life model called Margarita Luti. The title of the painting means “the baker’s daughter”. According to Giorgio Vasari, the renaissance period art historian, Raphael was “a very amorous man’ and often looking for ‘amorous pleasures’. Allegedly, during his life he had many mistresses one after another, including daughters of his patrons.

Sometimes, painters don’t specifically use any arm and just puts only left breast unveiled to represent the divine aspect of the subject instead of the amorous motifs. Examples are, Susanna and the Elders by Sebastiano Ricci and Louis XIII Crowned by Victory by Philippe de Champaigne.

Though, La Velata depicts Raphael’s mistress in full clothes, her pose is similar to the La Fornarina as she is having her right arm’s fingers near to her left breast.

The painting itself is revered for its bright face and clear eyes. Some speculates, that just like the conjured up theory of Mona Lisa that it’s the feminine portrayal of Leonardo da Vinci, in La fornarina, Raphael also has tried to depict his feminine side as he was very much influenced by Leonardo’s works. Raphael has also engraved his name on the woman’s left hand’s bend “RAPHAEL URBINAS” meaning Raphael of Urbino.

Though, nothing is for sure. Only thing which is absolute is that this ranks in Raphael’s one of the greatest works and a priceless piece from the period of high renaissance.