Jesus Christ, the pivot point of Christianity, lived around 2000 years ago. He is the most holy person and the son of god in Christianity. Every life event of him has been celebrated and the faith-full followers believe him as the god himself. We recognize Jesus Christ with his popular traits of fully grown beard, long face, long hair, white robe and gentle face. But, believe it or not, Jesus’s depiction wasn’t always like this from the beginning. Not in paintings at least. Many times, he was depicted in the forms of gods as the many artists lacked the information about Jesus’s looks. It was the gradual elevation which established Jesus Christ look what we see today.

Portrayal of Jesus before 6th Century

Before the sixth century as artists didn’t much reference for the appearance of Jesus, they, allegedly, depicted Jesus in the forms of Zeus and other respected known gods whose appearance was widely detailed in the folklore and stories.

After Jesus Christ was conceived in the mass as the god, savior or son of god, artists were trying to depict his every life event in detail and with most authenticity to reflect the feelings of his followers. As before renaissance period, every type of art was still crawling on all four, the depictions of Jesus was also very immature and unnatural. Even to the length that, before 6th century, the general traits of looks, which are associated with Jesus Christ today weren’t established. As mentioned above, Jesus was depicted in forms of other popular gods.

It was the gradual growth and wide-acceptance which made the appearance of Jesus in today’s art. We can say, it was the cumulative growth of art in every sector which also consequently matured up, Jesus’s depiction. It affected on faces, whether it came from real life, fables, mythology or any other sources, the traits associated with each personality were developed over the time gradually. Now, instead of accepting Jesus in forms of gods, they wanted the more authentic look of Jesus. Thus, artists were forced to find out such details in the tales, gospels or any other sources. Gradually, there appeared some acceptance towards some traits in the look which stuck permanently with his look.

As it is known, renaissance era brought some of the biggest changes in the art world. It was the radical change in entire history of art world. Art, paintings and artists never saw such shift in art before that. Such positive shift also helped to elevate every related things. With new techniques, artists were more able to depict faces closer to the version told in the stories or folklore. Moreover, in Jesus Christ’s case, more revelations and furnished descriptions had come out, through, Jesus’s “actual” face in the Shroud of Turin, and other similar findings related to his appearance.

Jesus with a donkey head?

Without intending any disrespect to the holy figure, there has been some weird findings in the case of “Alexamenos graffito”, in which, the person with a donkey’s head is, supposedly, Jesus Christ. This relays the anti-christian beliefs, and the whole scene has been concluded saying that at the time of depiction of the graffiti in 1st century, Roman people mistook Jews as the worshiper of god with a donkey-head.

Today, with most advanced scientific technologies, scientists and researchers have made a 3d face of Jesus. It is the most scientific and researched supposition of Jesus’s real face.

In paintings, the most common depictions of Jesus Christ relates to the famous anecdotes of his life, which includes:

Today, the face of Jesus in arts is well-established and widely-accepted. 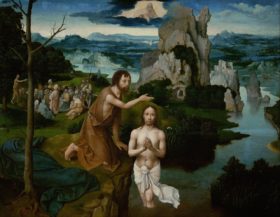 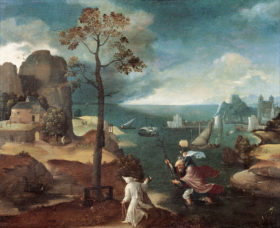 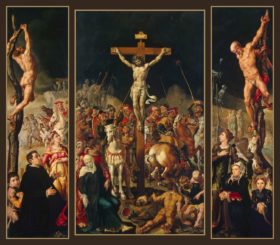 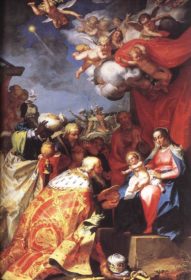 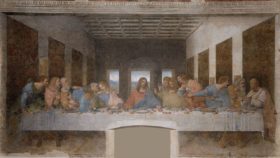 The Last Supper is a big (181 x 346 inches) fresco painting (a type of Mural painting) on the wall of Church Santa Maria Della Grazie, Milan. It was finished in 1498 by Leonardo da Vinci is still there after going through a world war attack (which destroyed the surrounding walls of the building) and after many restorations. The represented painting the one after the latest restoration in 1991. Though, being around 500 years old, the cracks on the walls are clearly visible which got more opened up by the WWII bombings. It is easily the most known mural of the world. It depicts “The Last Supper” took by Jesus and his twelve apostles. The final moment when Jesus revealed that one of his apostles […] 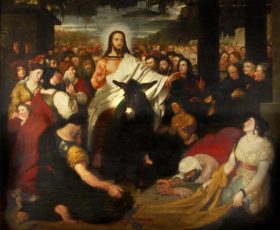 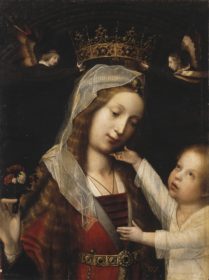