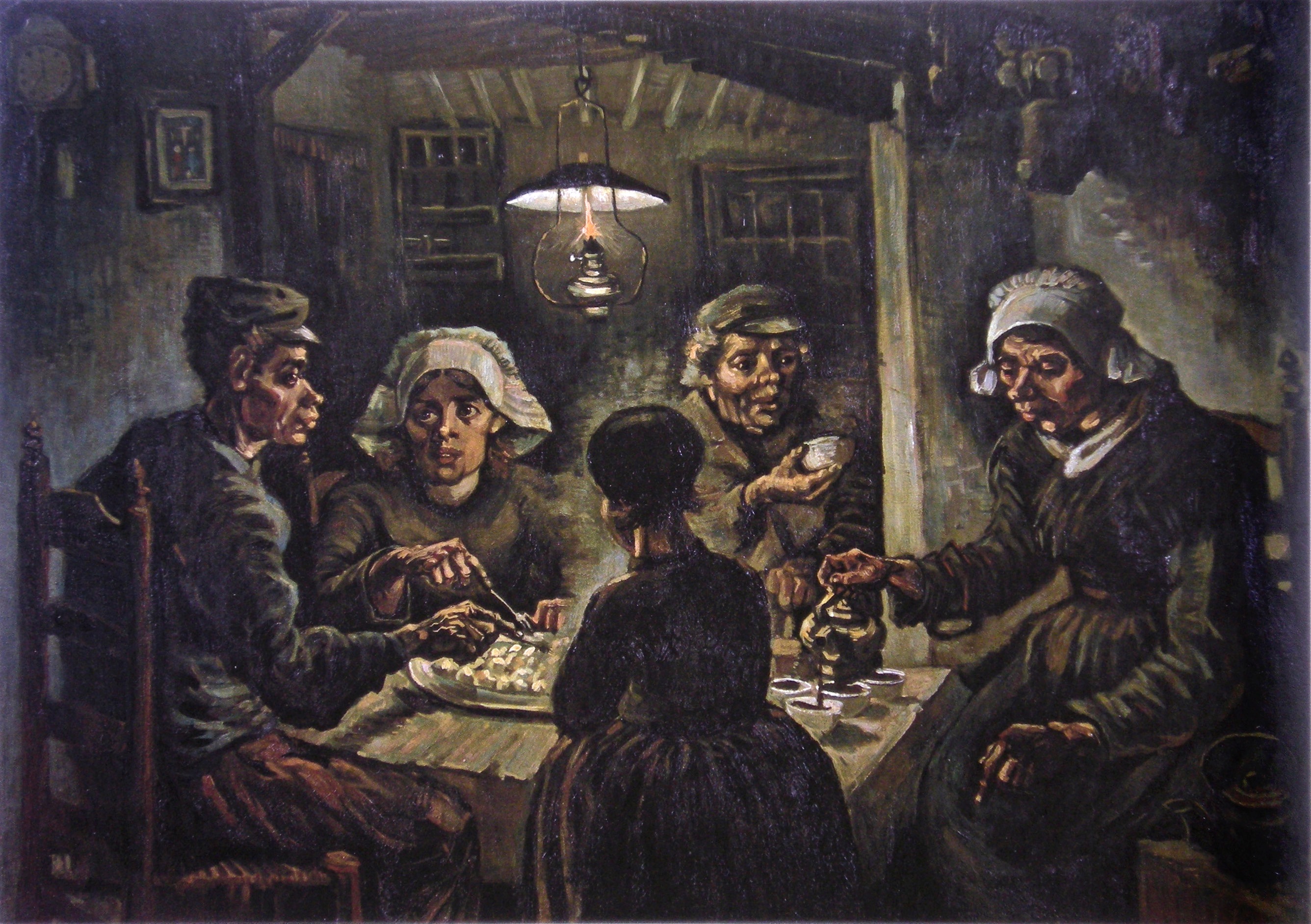 “You see, I really have wanted to make it so that people get the idea that these folk, who are eating their potatoes by the light of their little lamp, have tilled the earth themselves with these hands they are putting in the dish, and so it speaks of manual labor and — that they have thus honestly earned their food. I wanted it to give the idea of a wholly different way of life from ours — civilized people. So I certainly don’t want everyone just to admire it or approve of it without knowing why.”

This statement by Vincent van Gogh clarifies his intentions to draw the painting and can’t be interpreted more correctly. To portray this scene he did years of research on peasants trying to understand the essence of their life and how to portray it perfectly on canvas.

He was happy with his painting as he expressed his feelings about it in a letter to his sister Willemina stating the painting his most successful and satisfying painting. Contradictorily, when his friend Anthon van Rappard disliked his work, he wrote these lines in his letter: “I am always doing what I can’t do yet in order to learn how to do it.” That’s a legitimate reason for any onlooker to shut his mouth about any artist’s work.


Due to the artist’s enormous fame in today’s world, in December 1988, it was stolen from the Kroller-Muller Museum demanding $ 2.5 million but was recovered in 6 months without paying the ransom.