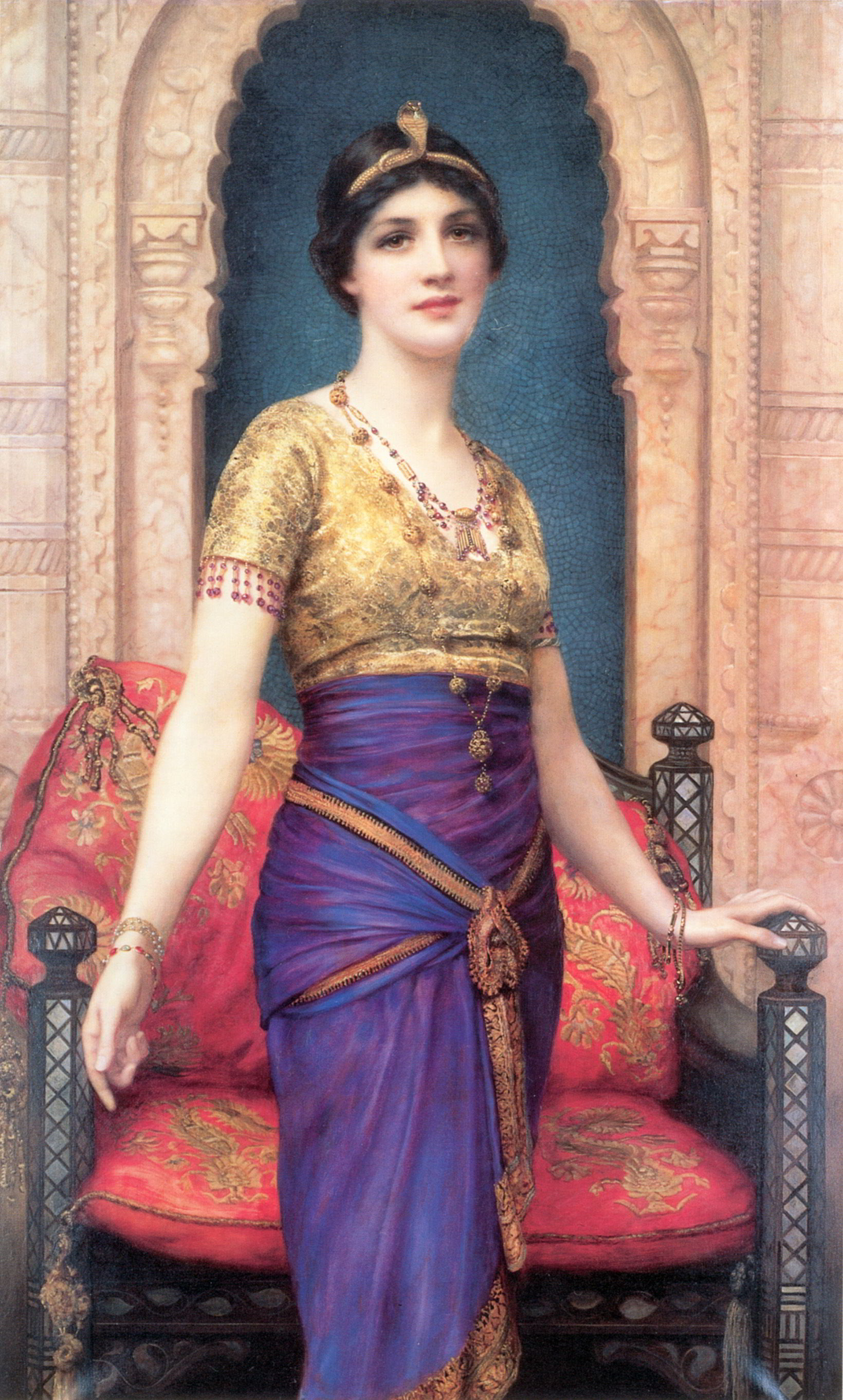 With sharp details and acute description, in “An Egyptian Beauty”, English painter William Wontner has portrayal a vivid depiction of an ancient Egyptian woman with contemporary attire. The rich attire, ornaments and the surrounding of a room (from a palace probably) shows her as a woman from an aristocrat or royal family. Painter has depicted her in such a grace and feminine posture that any person would immediately fall in love with her.

The perfect clothing and the details of the clothes are astonishing. Look closely at the dual colored waist-cloth. That’s something really hard to achieve with oil on canvas. It seems deliberate choosing bright and attractive colors to gain instant attention at the lady.

The title says the woman is from the Egyptian culture. She is wearing a gold-made snake-tiara on her head. It ought to be mentioned that Egyptian culture has some importance towards snake as they have a snake-goddess called Wadjet. Could this woman be a resemblance to the same goddess? The divine importance we sense from the painting given to the woman could be the hint for that.


Though, we can assume that painter may have kept the goddess in his mind while depicting this beautiful Egyptian woman who almost seems to be the goddess of beauty herself.