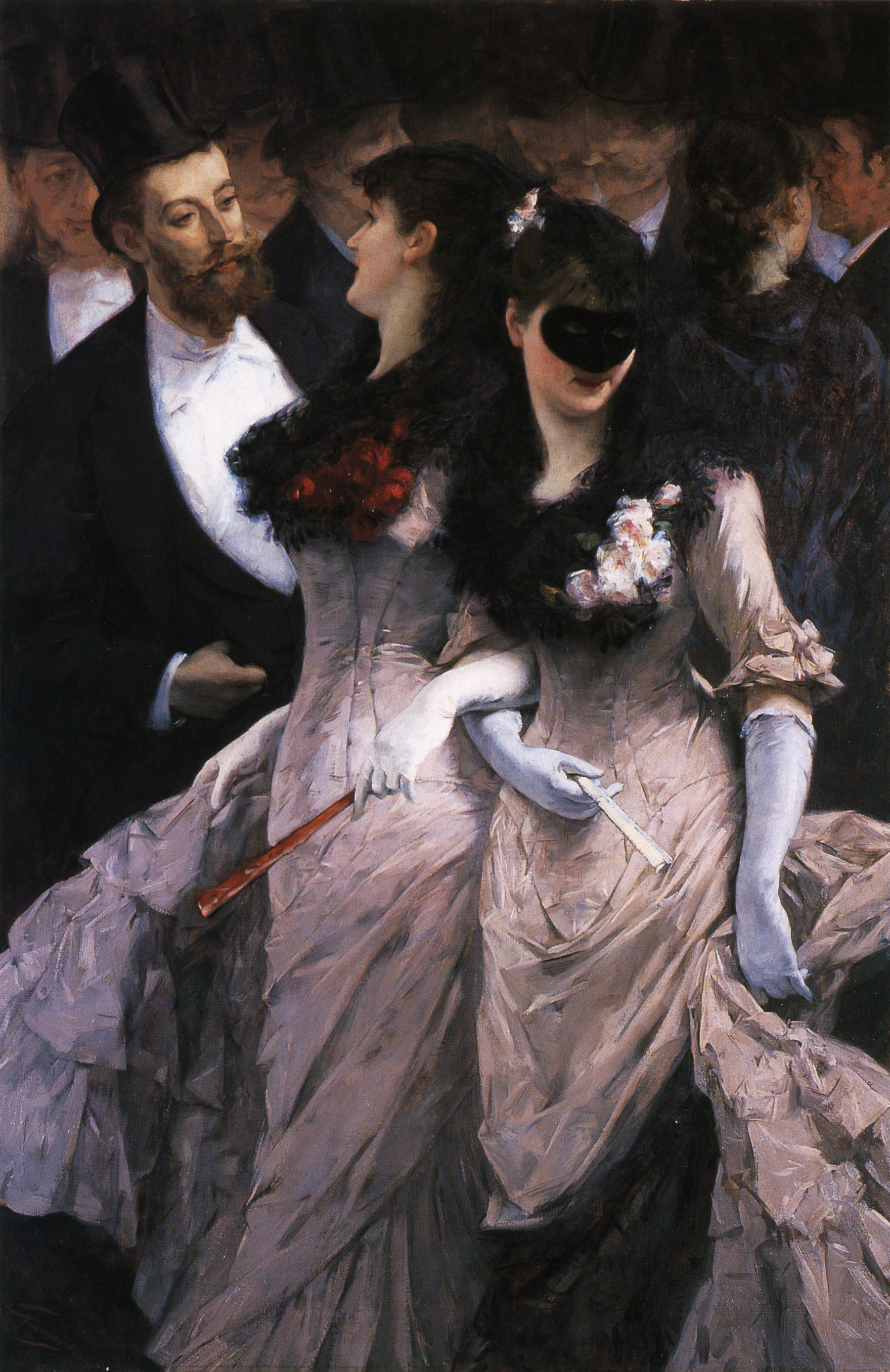 Masquerade Ball was a popular tradition in 15th century. Being a part of the carnival’s seasons in Venice, its popularity grew as it also became the part of various functions, parties and royal marriages.

Artist have portrayed such masquerade ball in his painting in which two ladies are wearing masks, as the masks were preferred in such parties.  In old times, masquerade mainly featured the couple dancing but gradually as the function became more and more public, the changes happened in the festival. The masks came as a part of the game in which the guest would come with a mask and the hosts would try to recognize them. It was kind of party-game which are played today.

In the depiction, the displayed ladies are the guest with the mask. But as we can see the lady on the left has been recognized by her fellow while the second one is still waiting for someone to recognize her. Though, the fun part of the festival is to stay anonymous as long as you can.


Artist has depicted a glorious historical event which is the essence of today’s “costume parties”. And if you have ever looked at the Venice carnivals, there the people come in the exaggerated and diverse costume, which is a descendant tradition to the Masquerade ball.

The importance and popularity in general public can be understood when we know about the biggest Masquerade ball was held at Palazzo Labia in Venice in 1951, which was dubbed as the “The Party of the Century”.