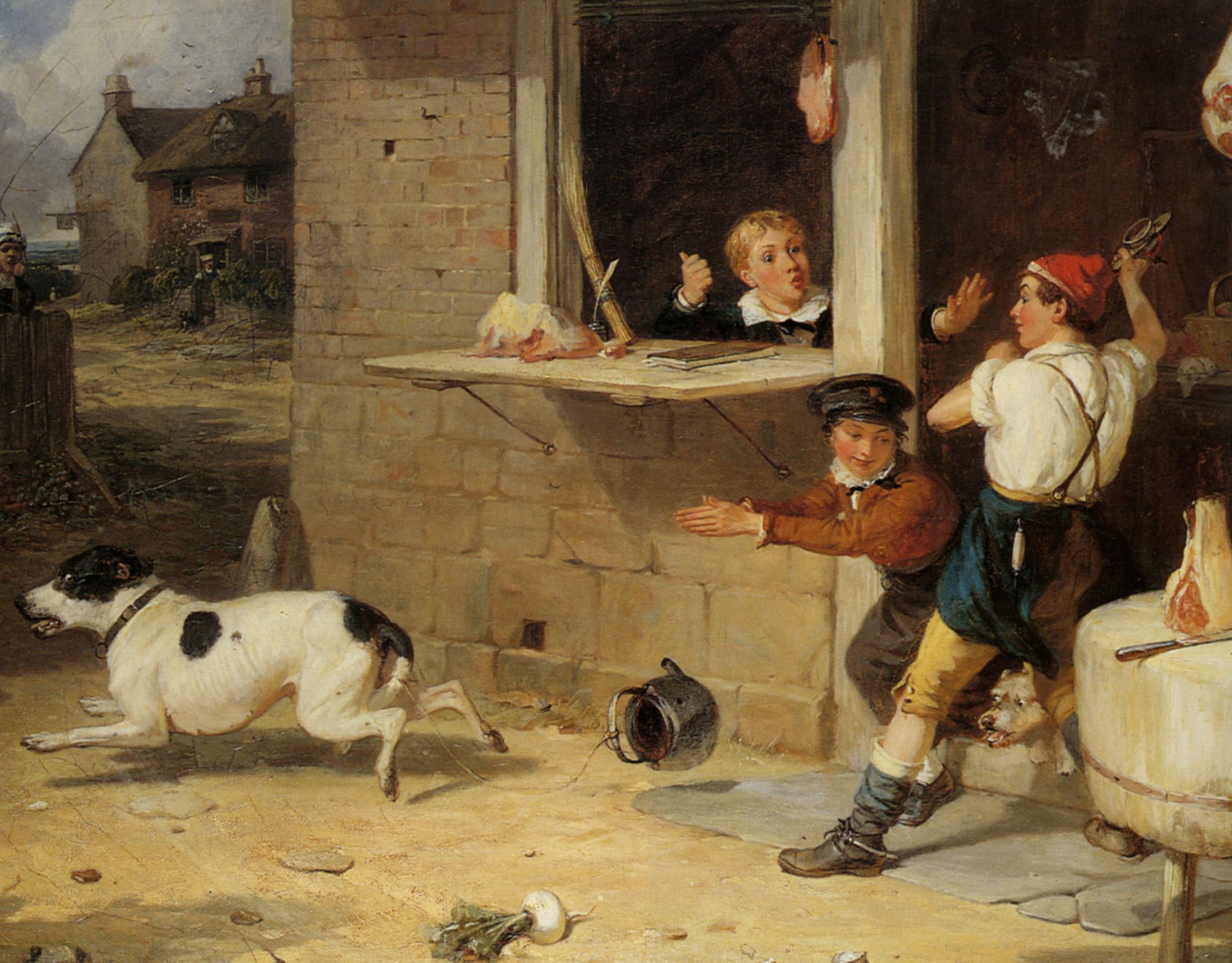 Thomas Webster is celebrated for his warm and humorous genre paintings mainly putting the everyday life’s genial events in comic ways. Because of this light and quickly enjoyable subjects and scenes he was hugely popular in his times back in 19th century. And during his fame, he majorly relied on these type of amusing situations which he might found worthy to share.

Boys will be Boys is just a perfect example to describe his style. It contains the artistic attributes as well as the portrayal of a general scene from a village. At the cultivating and learning age of adolescence, boys just can’t be tamed. They always seeks for an adventure to pass their time or just for the sake of fun. They just never rest.

The boys have come up with a trick to amusement. Tagging a metal pot at dog’s tail and making him run by scaring it away, just delivers a huge fun to the boys as the running dog and the metal pot bumping and noising all the way makes them laugh. It’s just apparent and I am sure this trick is still used in many parts of the country where dogs are still allowed to stroll on the streets.


We can distinguish the characteristics of every boy from the picture by their captured poses. The boy in white can be understood as the main prankster trying to throw a thing to scare the running dog even more. The little one in red shirt is just enjoying the scene and encouraging the another dog to run too. And the third one is the reluctant one. Being scared and precautions in everything. He is stopping the prankster from throwing the thing but might not succeed.

This is just a pure depiction of the enjoyment boys gains in unimaginably canny ways which no one else would think about. Maybe that’s why they always say boys will be boys.