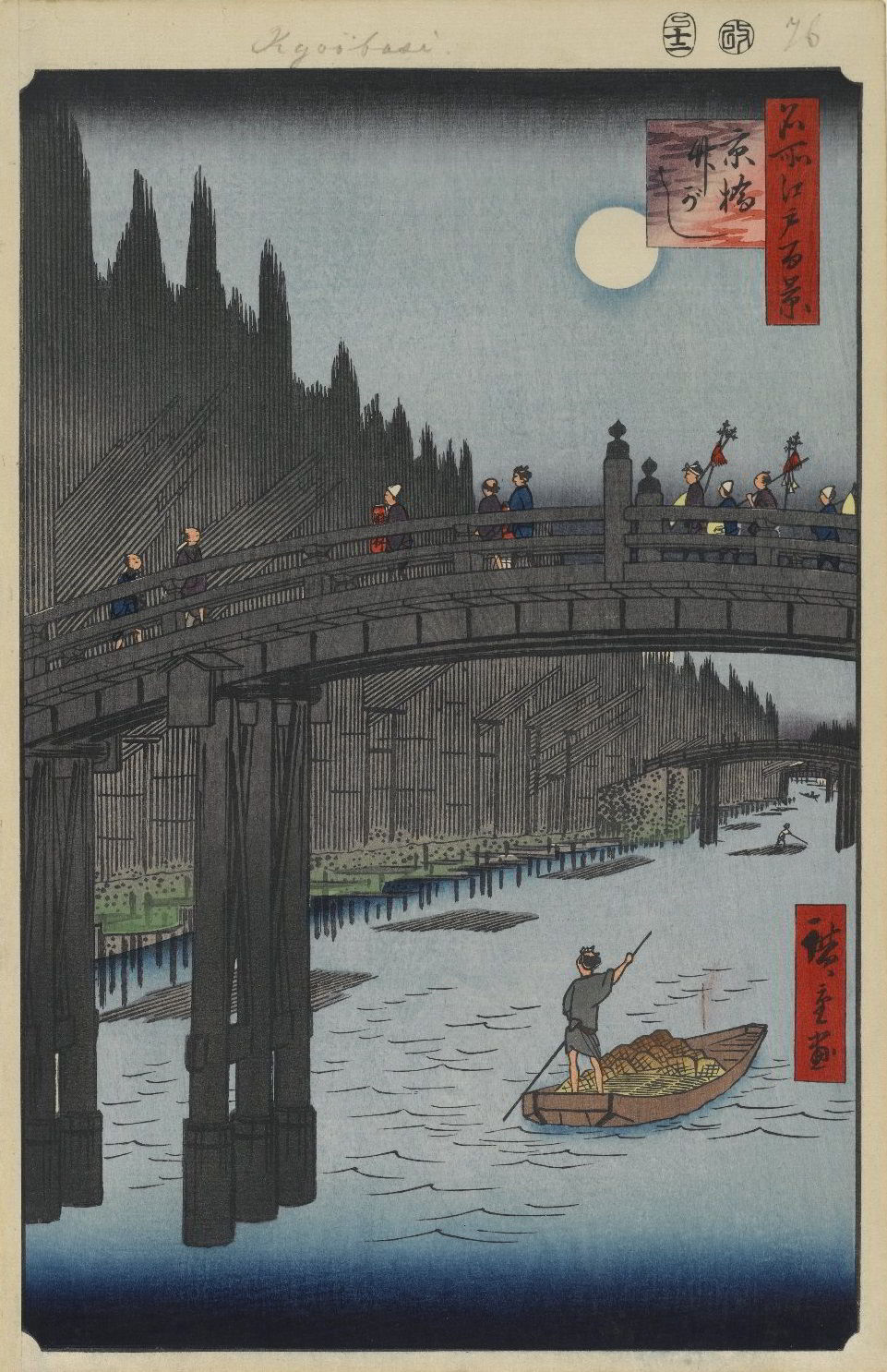 Kyobashi Bridge Takegashi Wharf (Bamboo Yards, Kyōbashi Bridge in English) is a woodblock print by the famous Japanese artist Utagawa Hiroshige. It is a part of the famous series called “One Hundred Famous Views of Edo” by the same artist. Out of the hundred pieces divided between seasons, this painting ranks at 76th number and falls under the section of ‘autumn’.  It is a Ukiyo-e painting, meaning the art of the floating world.

Although, Hiroshige completed most of the paintings, after his death some leftover works were completed by Hiroshige II (student and adopted son of Hiroshige).

The bridge shown in the painting is called Kyobashi (Capital Bridge in English) and was the only way of transportation over the Kyobashi River. It connected Nowadays the area surrounding the bridge is also referred as Kyobashi area which has grown well due to the modern developments.


Apart from the river and the bridge which both are pivotal things for the surrounding community for good living, bamboos are also plays prominent role in the painting with their high stance in the background. Maybe it refers the traditional Japanese belief of bamboos being sacred barriers against evil.

Beautifully crafted Ukiyo-e paintings of Japan are well-known for their beautiful compositions and soft layers of colors laying on one another and giving a final output which is in no way shunned by the regular color-rich oil paintings.