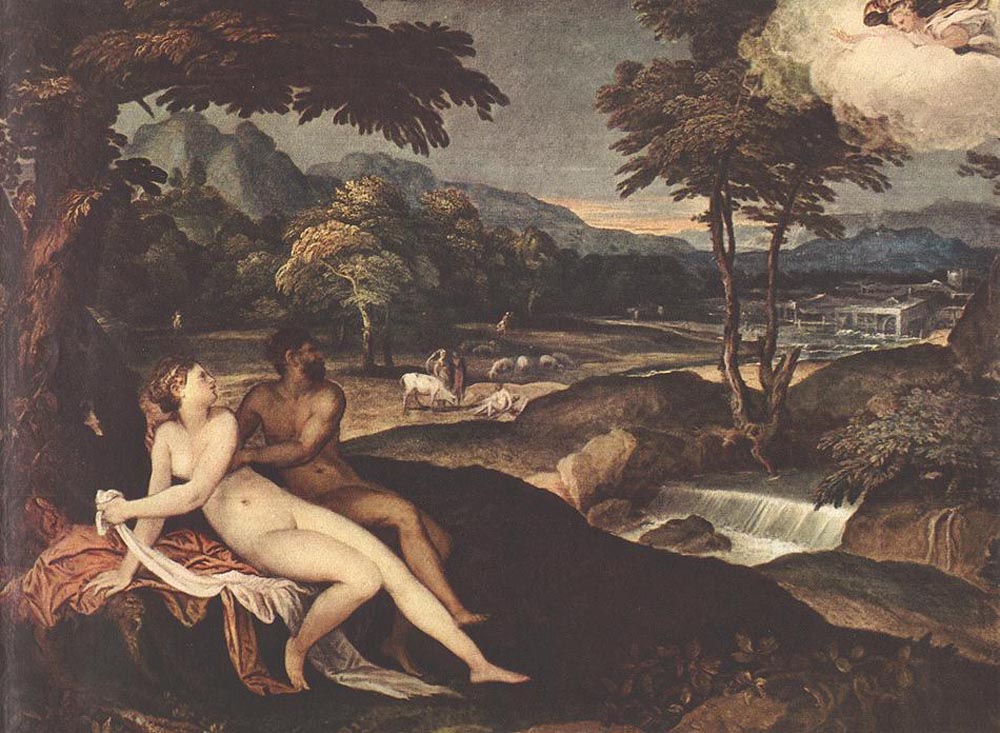 In the sea of Greek mythologies filled with many stories, myths and allegories, the story of Jupiter is always an interesting tale to know about. The present painting is a depiction of a moment from the same myth.

Story of Jupiter and Io

In the story of Jupiter and Io, Jupiter even after being a god, fell in the love of a mortal woman Io. She was the most beautiful lady in the world and everyone knew her, loved her. She lived in the town of Argos. Jupiter started to visit her and lived there for song long that her wife Juno got suspicious. When she found out about their affair she headed to Argos but found before she would reach Jupiter saw her coming. Without thinking much he transformed Io into a cow to hide from the eyes of Juno. But, Juno recognized Io and after taking her away from Jupiter cleverly, she kept her in the cow’s form and tortured her for years. Making the long story short, Io ended up meeting Prometheus who prophesied that she would be back in her original form. At the end, Jupiter came on earth and transformed her into the same lovely girl she was before, after gaining some confidence to do so without fearing from his wife.

Landscape with Jupiter and Io Analysis

In the current portrayal we have a sight of the moment when Juno is coming to Argos to find out about the hidden love-affair Jupiter had with Io out of her knowledge. Jupiter and Io are sitting under the tree and Juno is depicted on the upper right corner coming on earth leaving her house build in the clouds. The surrounding is the visible portion of the town Argos and the beautiful landscape around it.


The faces of the couple are in shock by seeing the Juno coming down from the heaven. It is the moment right before Jupiter decided to convert Io into a cow. Being a really old painting from the 16th century, when renaissance was shining, the painting seems to have got advantages of the new techniques from the era.

Using the medium of oil on canvas for the scenery Andrea Schiavone has converted one myth from words to a picture with acute imagination.