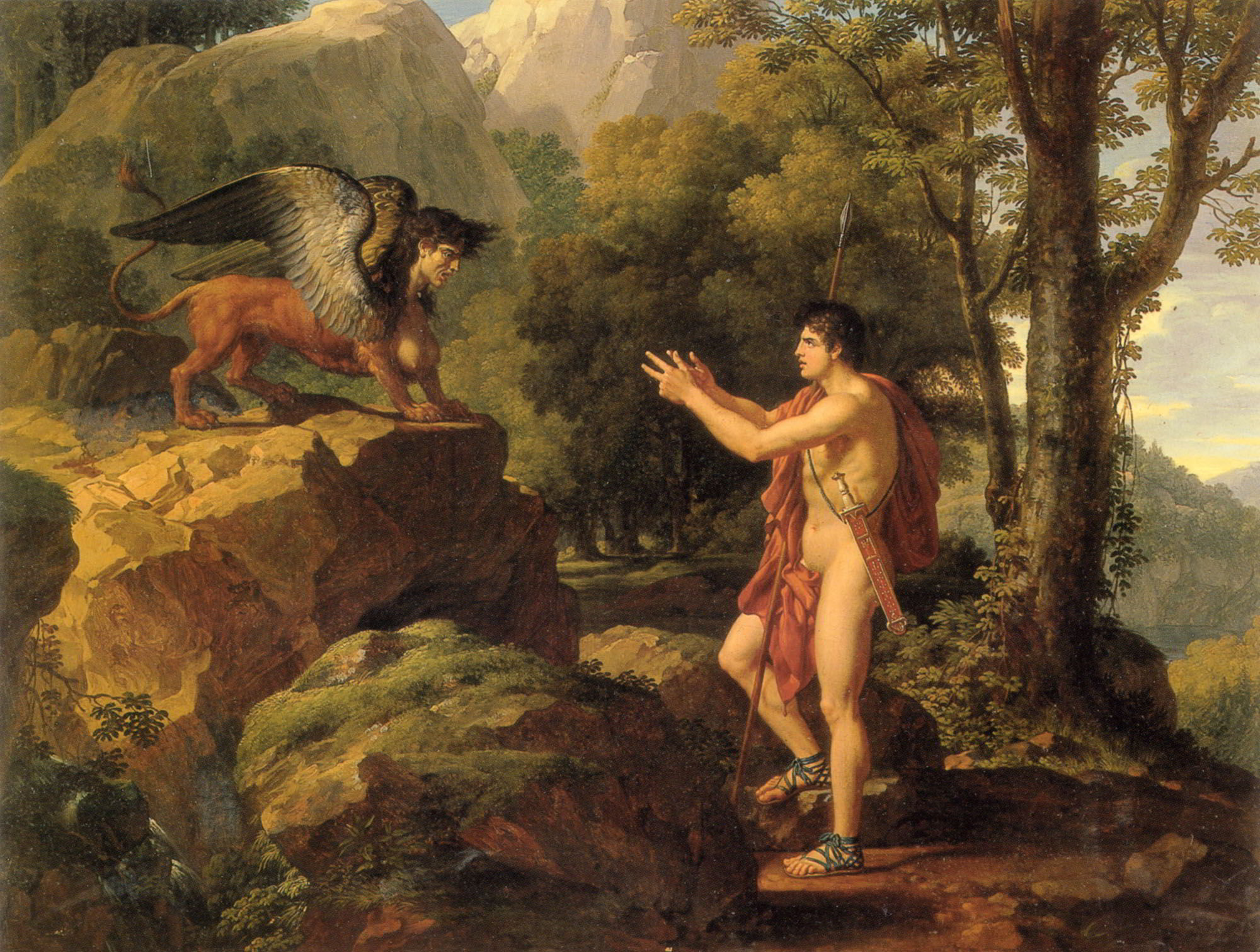 In some stories the most vital moments aren’t filled with armies battling or acquiring the throne. In the deep look, vital moments in such stories are those which bear the possibility of eliminating the subsequent havoc happened and after which is crossed, there is no turning back.

Greek mythological story of Oedipus has many such moments in his life. The direst one is represented in the current painting by the French painter.

Oedipus’ prophecy of killing his father and marrying his own mother

Oedipus was the son of King Laius and Queen Jacasta of Thebes. On his birth the king knew about the prophecy which stated that Oedipus will kill his father and marry his own mother. To eliminate such horrible possibilities, the king left the infant in the mountainside. Unfortunately for the king, some shepherds found the infant and took him to the King Polybus and Queen Merope of Corinth. They raised the child.


After growing up, Oedipus knew about the prophecy. Mistaking Polybus and Merope as his real father and mother, he left the city and wandered around the world. Fate led him right into Thebas. On the way to Thebas, he killed his old father with whom he had brawl upon who will go back to allow the road in a small valley. Though, Oedipus didn’t know the old man he killed was his father. He kept going on.

On the other hand, after the king died, Thebes was captured by a ferocious sphinx. She was ready to let go of the city if anyone could answer her riddle correctly. Subsequently, Oedipus reached the sphinx. Her riddle was:

“What walks on four feet in the morning, two in the afternoon and three at night?”

Oedipus answered cleverly calling it a human who walks on four feet during infancy, on two feet during the youth and on two legs and a stick during the old age. He was correct.

Thus, he solved the riddle and won the throne of Thebes. Became king and widowed Jocasta, his own mother. They had two sons and two daughters. Though, when realizing the fact about Oedipus being his own son, she hanged herself and Oedipus stabbed his own eyes.

The Vital moment in the painting

Although, the sphinx was a female, the face of the sphinx in the painting looks quite manly. She is placed on a higher ground than Oedipus to represent its upper hand on the city of Thebes and also over Oedipus himself.

But, on the other hand, Oedipus is portrayed with enough focus and brightness to indicate his forthcoming winning over the Sphinx and the city of Thebes. He also has a javelin and a short sword hanging on a side. It could be the same sword which killed his father.

The environment depicted is the surrounding where the sphinx resided while reigning cruelly over the city of Thebes. Painter seems to include only things which resembles to any point to Oedipus’s story.

Such a tragic story of Oedipus has become the central subject of many artists including painters, writers, playwrights and sculptors.

The French history painter Francois Xavier Fabre has made this oil painting on around 2 x 1.5 feet canvas.