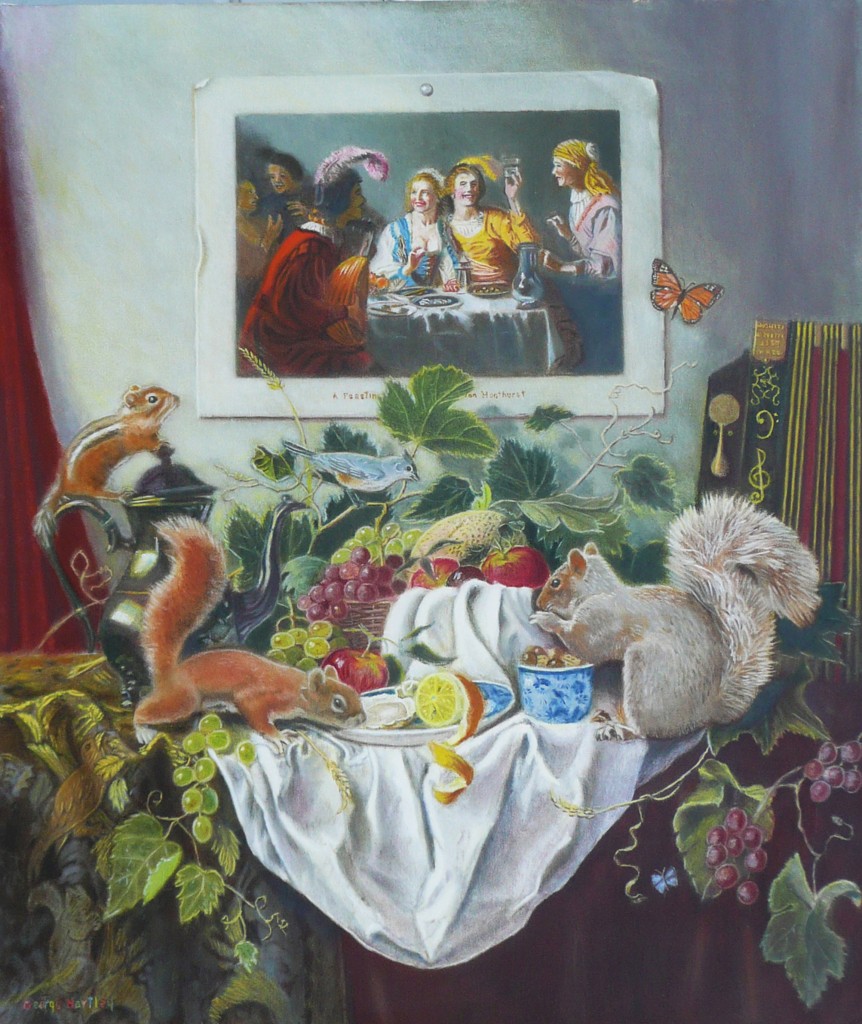 Unlike the title sounds, to me there seems to be a lot of family value attached to this painting. George Hartley lived and thrived amidst 19th Century art, allowing his growth to remain unhindered as an aspiring artist. He has earned much name as a painter of real life situations and more importantly, as a realist. Party Animals is not just about partying, as we would think today. It is a rich ensemble of cultural celebration, personal ties and happy or affluent times.

Hartley drew inspiration not only from realism in history, but also the fine sculptures, classical perfection and the romantics. However, Hartley is quite popular as the realist who uses shades of grey in a self-realization way. He is hardly the artist you can expect to leave a patch of beauty for your perusal. He tells stories, and they become grey because of small weaknesses in the characters –may be carelessness that you will never find in the heroes that many classical paintings feature.

Hartley served in the US Navy, which is telling me why he dressed his human ‘party animals’ in sort-of-gypsy clothes. For someone growing up in 19th Century America with a penchant for European art, seeing the world through the eyes of military forces during formative years can be quite an influence on one’s character. I would imagine Hartley as a generally pleasant personality for most people, while he might have given his close people a share of his mental turbulence.


Hartley like to dwell in the world of his paintings, which catapults him across the world he knew to be filled with serious faces and a new ideal of world politics. Party Animals are perhaps better than politicians, while the squirrels can be in peace only till they scoot off to the next table.