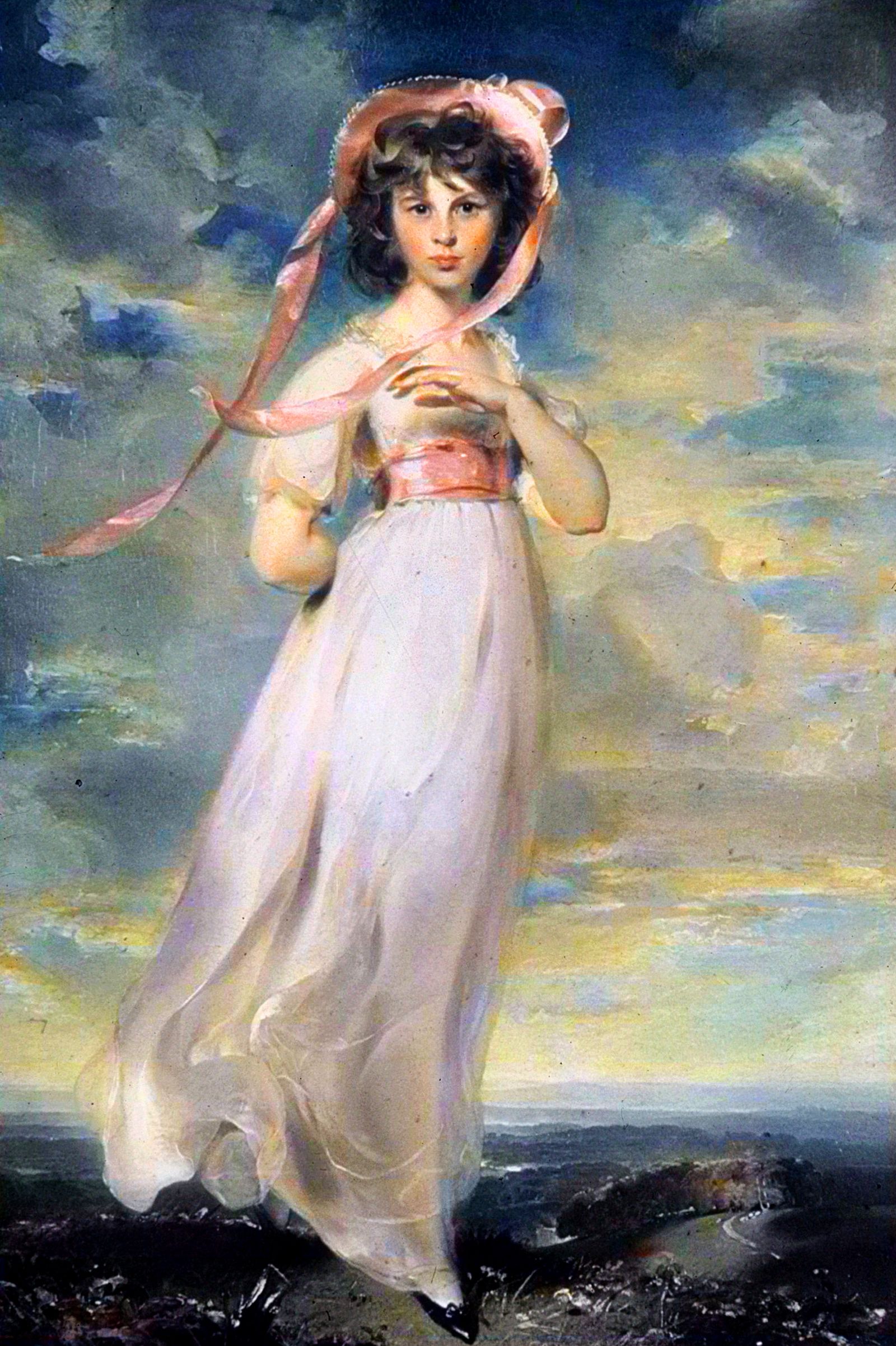 Pinkie is simple, formal portraiture from 1794 of a little 12 years old girl named Sarah Barrett Moulton. It represents her full length portrait in the background of an open landscape. She stands gracefully gazing direct into the viewers’ eyes. Apart from its beautiful depiction, Pinkie is also known for its association with another painting The Blue Boy by Thomas Gainsborough.

It is a full length portrait representing the girl in a casual stance. The background is an open landscape. The name pinkie is given derived from her pink dress.

Painter has put her in the scene in a way which makes her posture grand. The placement of the horizon at very low level and the big sky covering the girl’s body is the main ‘framing’. Those elements are giving the grandeur to the portrait.


Sarah Moulton is clad in the contemporary late 18th century girl’s attire with a pink ribbon-hat. Her posture resembles to profile view or three quarter view but her face is fully turned towards the viewer, making it a Full Face view portrait.

Association with The Blue Boy

The Blue Boy is a well-known painting. The association of Pinkie with “The Blue Boy” is some similarities between them.

Both paintings’ names have been derived from the sitter’s attires. They stand in similar confident way. Stance and the background context is also similar with the combination of full-length-portrait with landscape. In both paintings, the sky is similarly important. The boy and the girl’s age also seems to be similar.

Though, further relationship was formed through their popularity in general audience. When Henry Huntington bought both paintings and brought it under one roof, people started to compare them with each other and formed up relations between them, even calling them Romeo and Juliet of Rococo portraiture.

The similarities and a alike aura protruding from both paintings are the reason of their fame. Thus, their fame and association with each other is due to people’s love for love. Otherwise, the dates of their creation separates with a huge gape of around 75 years and both made by totally different artists.