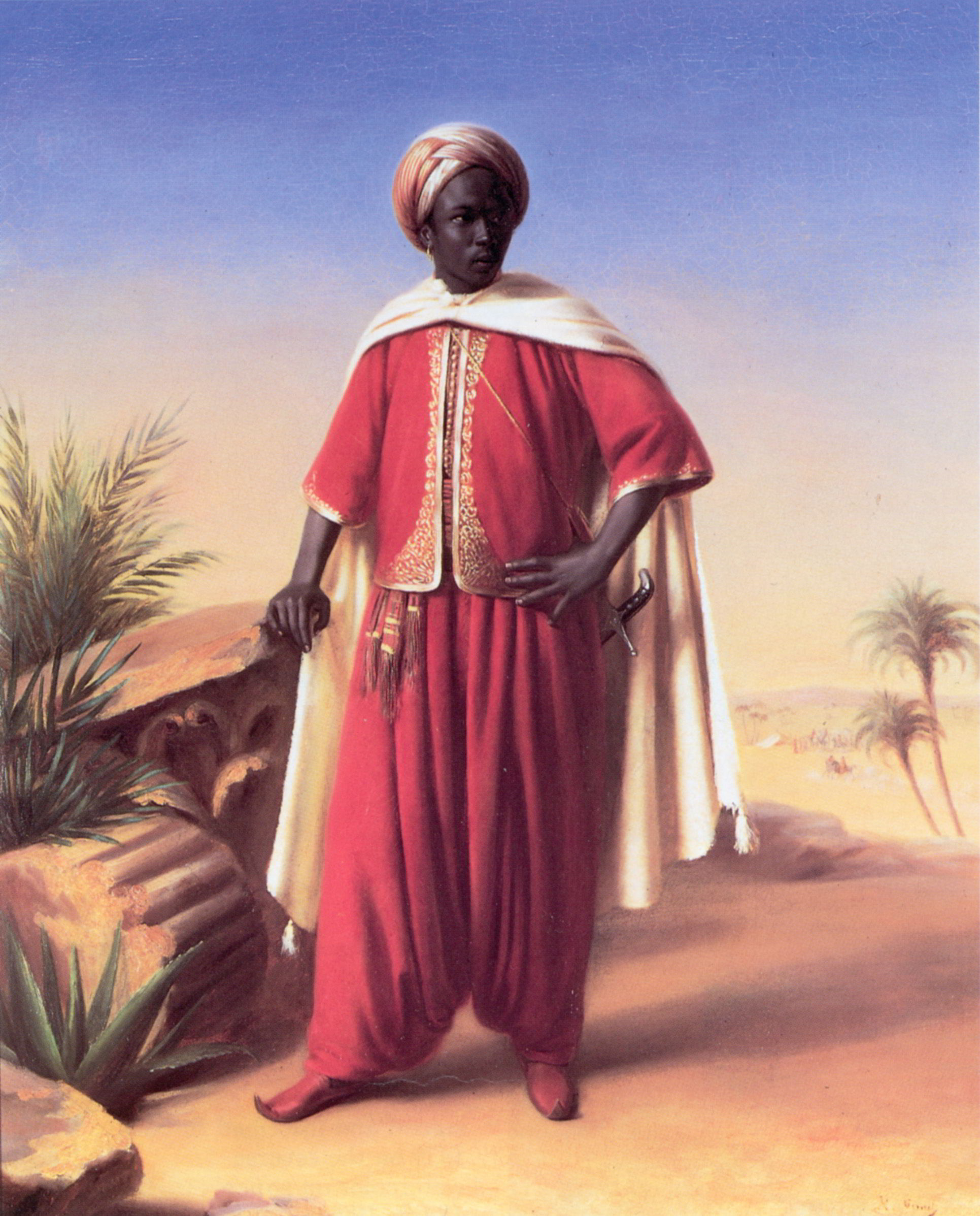 In his time, painter of the “Portrait of an Arab”, Horace Vernet didn’t need an introduction, as he worked for the contemporary King Louis-Philippe and Napoléon III of France. Though, he is still remembered with an honor in art-communities. In early 19th century, he was renowned for his great artworks like Dog of the Regiment, Death of Poniatowski and Battle of Montmirail.

His fields of interests varied only between portraits, Arabians and battles. And he didn’t want to paint in the traditional ways. He had grown a particular disinclination with traditional idealized ways of paintings. He wanted to draw things with more general touch and feel, instead of giving his subjects an idealized pose; he created his paintings with more vernacular manner. Thus, the viewer was able to get attached with painting at the moment he sees it. And he became very successful in his own style.

The current picture, Portrait of an Arab, shows the same contemporary and vernacular manner of a tribal person from Arabian deserts. The dominant placement of the person gives him the ascendant.  The painting is filled with the cultural aspects of the person. From his traditional dressing to the monuments he is standing beside and the desert-stormy background to the tribal shacks in the far distance demonstrates the Arabian culture. Hence, in this one moment of the tribal person, Horace had succeeded to describe the whole nature of Arabian gypsies. As Horace was known for his tendency for keeping the paintings historically and factually true, we can confidently assume that subject’s outfit is true to the real culture.

Talking about the painting itself, it is an oil-on-canvas portrait painting. With use of warm colors and a simple touch of blue gives it a fine balance and soothing scenery to the viewer’s eyes at the first glance. Intentional and clever use of red color for the clothing pays off as our eyes hardly go beyond observing the subject.


We can count this piece of art as an example of Horace’s keen sense of understanding the theme and describing it in the most perfect way.