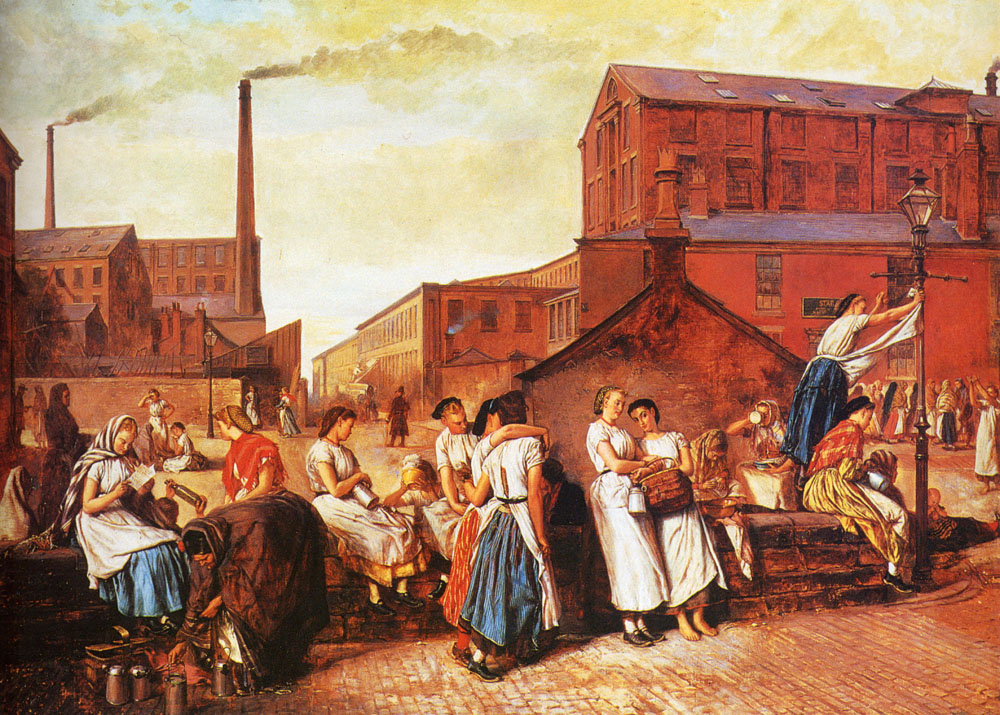 The Dinner Hour, Wigan by Eyre Crowe represents the women workers of the cotton mills of Wigan taking some rest from their tedious job. It is claimed that the painting is a “rosy” version of the real women workers in the town. As Crowe was from an upper-middle class family, he was tended to see things with more prosperous establishments instead of depicting the real-life conditions.

The painting represents workers sitting and eating their food as they have got a dinner break. Behind them, those are the mills of Wigan known for giving low wages to their workers in the contemporary times. Thus, the workers’ main diet was bread, tea and potatoes and that diet can’t produce such healthy and beautiful bodies.

The painting is also criticized as an illusion which Crowe wanted to see in the town. He was in search of the “happy workers”. This perception is said to be a far cry from the real-situations.


Currently residing in a private collection this oil on canvas painting around 2.5 x 3.5 feet in diameter is a contrast depiction of the real scenario.