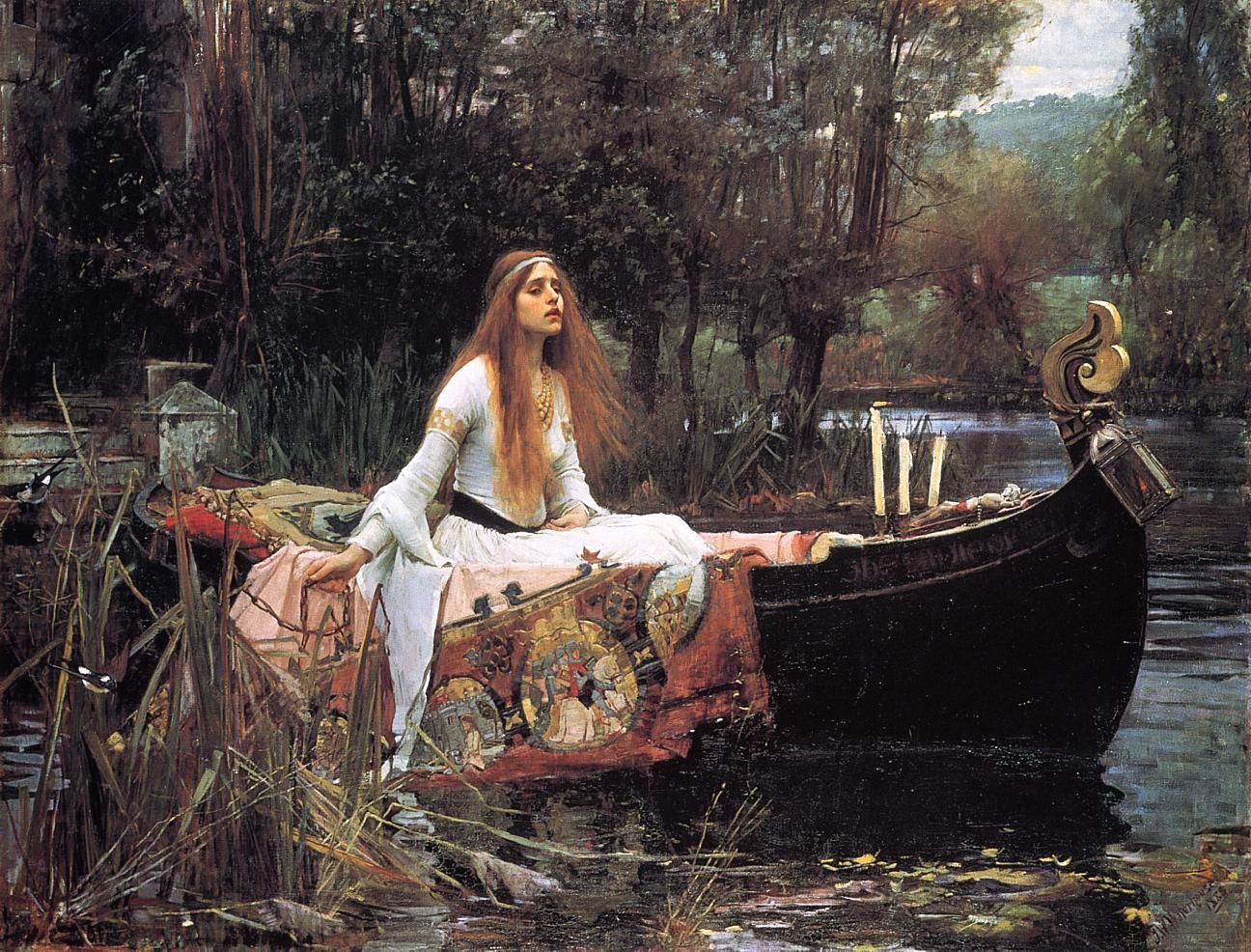 The Lady of Shalott is a Victorian ballad by the English poet Alfred, Lord Tennyson. The contemporary painter John William Waterhouse has portrayed the poem on the canvas. The poem is about a cursed lady who lives isolated on an island in a castle. She is lonely and the local farmer doesn’t know about her existence as she lives in isolation.

As the poem describes because of the curse upon her, she is not allowed to directly see the world. But, to do that she uses a mirror and by the glancing at those reflections she keeps weaving the images. But, one day when she sees Lancelot, the knight she can’t resist herself and goes outside. To pursue the knight, she takes a boat and goes after him until the knight’s castle arrives. But, before she could reach there, she dies by the effect of the curse.

The current depiction is inspired by the scene where the lady decides to go after the knight forgetting her curse. The depiction consist all the major elements which are described in the poem. She is sitting upon the sheet which she was weaving. The sheet has the pictures of the reflections which she saw from the mirror, about which she claimed that she was ‘half-sick of the shadows’.  Shadows mean the reflections of the mirror.


The interesting story of the poem keeps us wanting to hear the further happenings. Just like that, we start to imagine about the things which are included in the painting. The shackles she is holding may represent the broken barricade of the cures she was having for the years, without concerning about the after effects. She is losing them behind. The miniature of the crucified Jesus is may be reflecting the same agony of enlaced feelings. Her searching eyes and open mouth indicates her urge to find the knight. The steps in the background are reaching to the castle where she has been kept.

By the poem and the painting, we can say that the impulse of the love and affection can make anyone forget any curse or the promise. It proves the affection as a strong force which can make a person to do things, which he may not do in normal conditions. Even if there are chances of death. Normal people like us see them as the crazies but those crazies are the one whom the poems and painting are based upon!