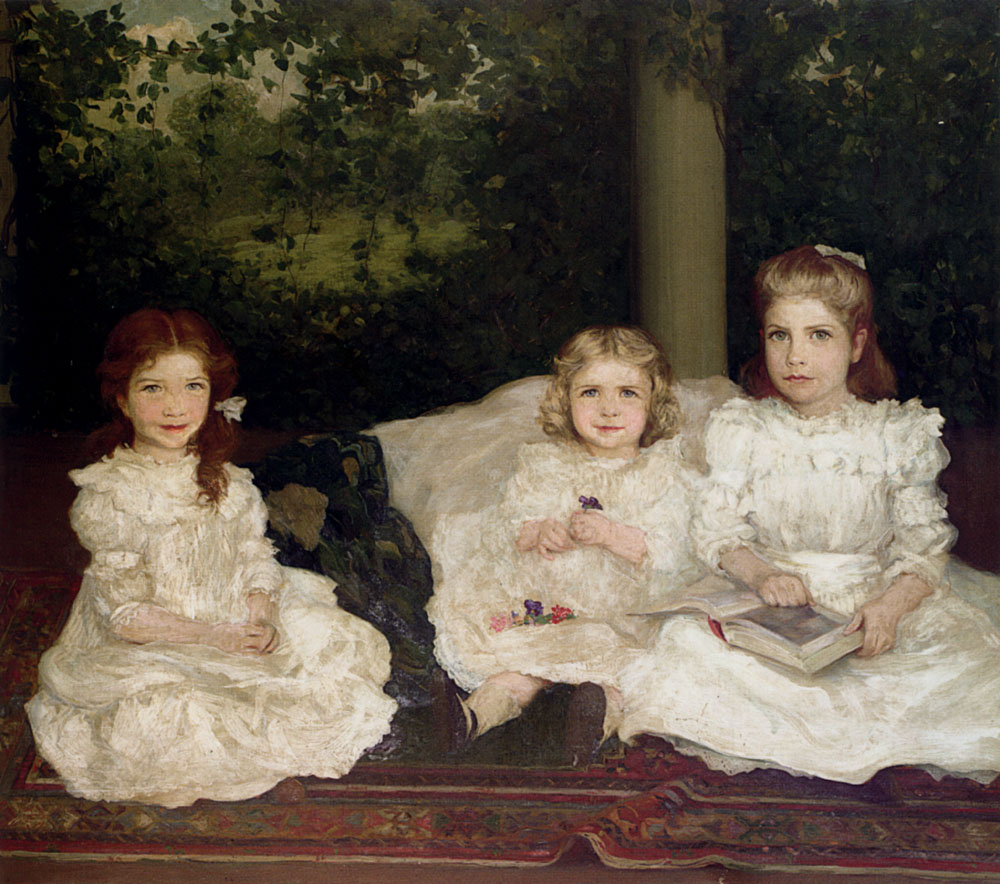 The artist was an American painter who illustrated portraits and semi-abstract landscapes. Here taking a new type of angle he has depicted three little sisters in loggia of a house. The girls sitting like in modern times someone was going to take a picture of them. A quick smiley and happy pose for a photo. The elder sister on right has some suspicious and less cheery expressions than the other two. And she also holds a book. She looks like a book-worm. The little girl beside her is more cheerful and carefree. She seems happy while being portrayed. And the third one has different characteristics than the first two with red hairs and different jawline. Still looks very pleasant. The shiny frocks they are wearing make them standout like little angels. The view in the background represents a meadow near the house.

Fully called Bernadette, a portrait of three sisters in a loggia, this oil on canvas apparently has taken an extreme effort to Vincent Tack to portray the girls as they were in real.