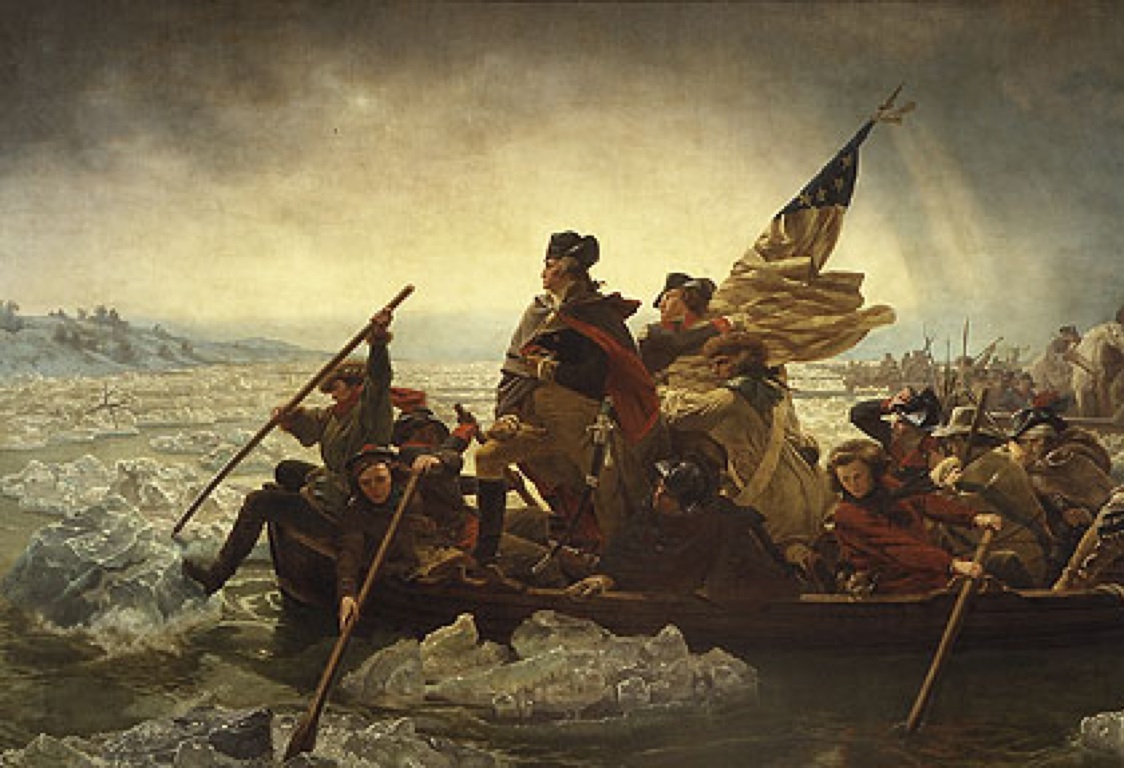 Washington crossing the Delaware is one of the historical moments in the America history which the German History painter Emanuel Gottlieb has depicted on the canvas by representing Washington and his comrades in a heroic manner.

The crossing took place on December 25-26, 1776, to take down the Hessain forces in Trenton , New Jersey. It was the beginning of the ‘Ten Crucial Days’ about Washington’s endeavors for victory in New Jersey. It was supposed to be a surprise attack and that’s why it took place in total darkness. Though, artist has taken some liberty show the troops in the early morning for the clear visuals of the scene and people.

Well, the painting gave the painter a huge success and name in the country for its visual stance and appeal. Moreover, it took some bad reviews from the critics for the historical and factual inaccuracies. For instance, the flag held by one of the Washington’s comrade is the real flag of United states- the flag with the stars and stripes. The factual error is that the flag was introduced to the people a year later in 1777. Before that, USA used the Grand Union Flag with 13 stripes representing the 13 states of USA and the Britain’s flag called Union Jack included in the upper left corner.


Apart from that, other flaws were about the factual inaccuracies of the environment. As mentioned before, the incident happened in night. Moreover, the ice in the river is not flat as the real Delaware River has; instead the ice is taken from the Rhine River in Italy.

When the troop came back winning the battle, the day was registered as the ‘glorious day’ in the ten crucial days. Fortunately, Washington won the battles over the span of next ten days and the whole incident became legendary. In a way, his every attempt associated with America’s freedom has been celebrated many times that every one of them has been legendary now. There is no other person as legendary as Washington in the independence fights. You can understand from that why history painters like Emanuel Gottlieb can’t resist the urge to depict one of the incident from American history of freedom fighting.

In a sense, the whole depiction is more concerned about representing Washington and his comrades in a heroic manner to represent the importance of the moment, of the incident without instead of finding dwelling into the details to find the factual or historical inaccuracies. Although, those mistakes aren’t acceptable for future generation (big mistake of the flag for instance), but the essence of the painting is the commemorating the heroes of America and that’s why the picture is celebrated. The picture is so famous that it has been appeared at various places including on a coin and postage stamp and in umpteen books.