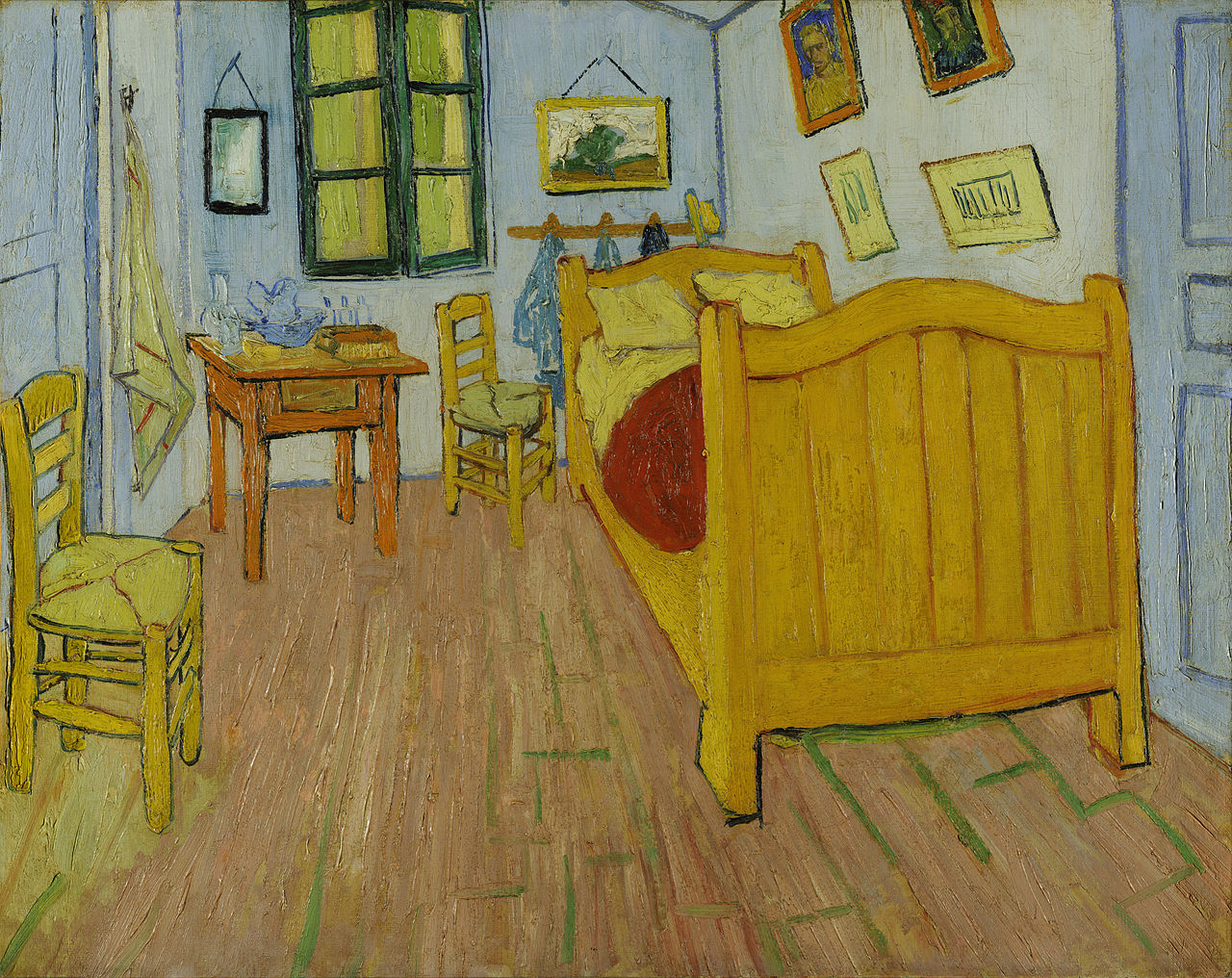 Van Gogh’s one of the last paintings, Bedroom in Arles depicts his trapezoid shaped room of his Yellow House which he rented for some time during his stay in Arles. He sent his paintings to his brother Theo from time to time just for a general review about them.

He made total of three version of the same painting. The first one was just a depiction of his room while the necessity of the second version aroused due to the damage by the flood of the Rhone. His brother suggested him to draw another version. Thus the second version emerged in September 1889. The last version simply called as The Bedroom was executed in smaller size than the original calling it the reduction.

Three of them consists mostly the similar objects with similar compositions but the portraits on the right wall could be the key to surely differentiate between the versions because every painting consists different portraits.


The current picture, the first version has the miniature portraits of his friends and the portraits are called The Poet (Eugene Boch) and The Lover (Paul-Eugene Millet).

The emptiness of Van Gogh’s life is reflected in this picture. The room is complete with every necessary things and possessions but we feel like there is still something missing. A thing is not present, which can fulfill the scene with satisfaction. Maybe it is the feeling of completeness. While his stay in Arles, artist was alone and very eagerly looking forward his friends Paul Gauguin to visit him. That shows how lonely he was at the time.

It is suggested that it was this house where the first major stroke of van Gogh’s mental illness took control over his mind and in an unaware state he tried to attack on his Paul with a knife. But as Paul succeeded to save himself from the friendly assault, the attack resulted in Van Gogh cutting off a portion of his own ear. Later on, both kept quiet about the incident called as ‘pact of silence’.  Thus, this room of the yellow house is significant part in artist’s life.

May be this isolation from joys of life made his mind go crazy as in 1889 he was admitted in an Old Hospital in Arles for his mental illness. But according to my findings, his mental stress has never decreased or negatively affected his ability as a painter as we can see it flourishing in the current painting.