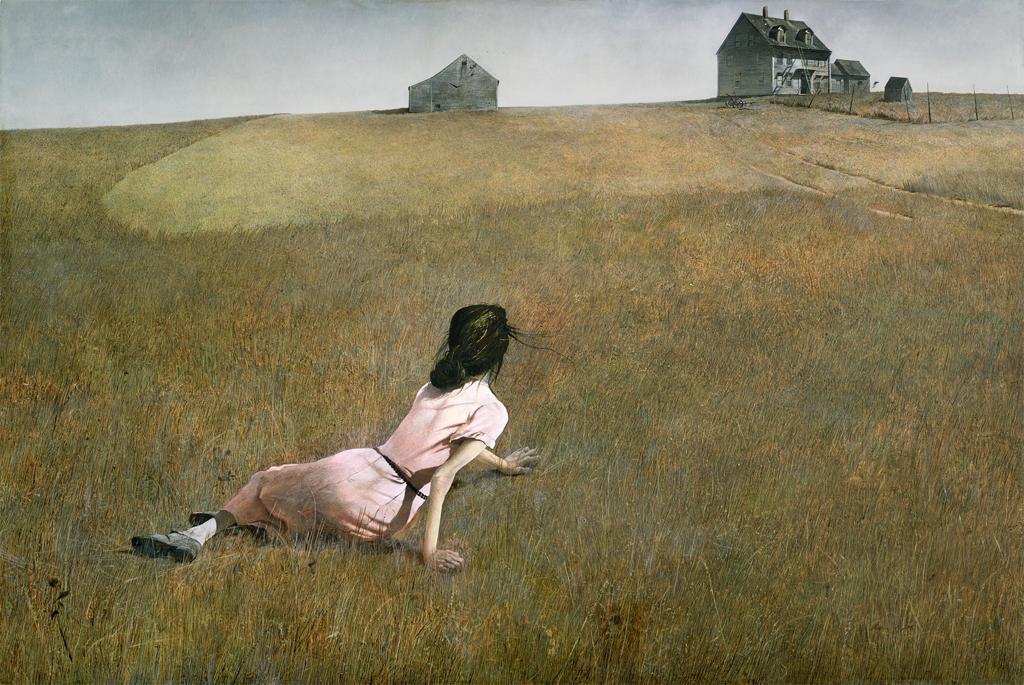 Andrew Wyeth is a reputable American painter who received National Medal of Arts in 2007 by the president Barack Obama himself.

This realistic and simple painting is Titled Christina’s world. The title is very meaningful comprising the whole way and state of life of the posing model.

Apparently, the model was named Anna Christina Olson. She is depicted in the yellowish grassland with a house with other farm-related buildings at the back.


The appealing aspect is that Christina was a patient of Polio, which has snatched away her ability to walk. One day, when she was enjoying the meadow and was crawling over it, painter Andrew Wyeth saw her from the window and decided to depict.

Though, painter hasn’t depicted the scene or the figure in pitiable or sympathetic way. The portrayal is more of representing the beauty and simplicity of Christina’s world.

After the modest reception in its release year of 1948, the painting got popular and became an icon in American paintings and arts after its acquisition by Museum of Modern Arts for $1,800. Today, the painting is one of the charm in the collection of the Museum.