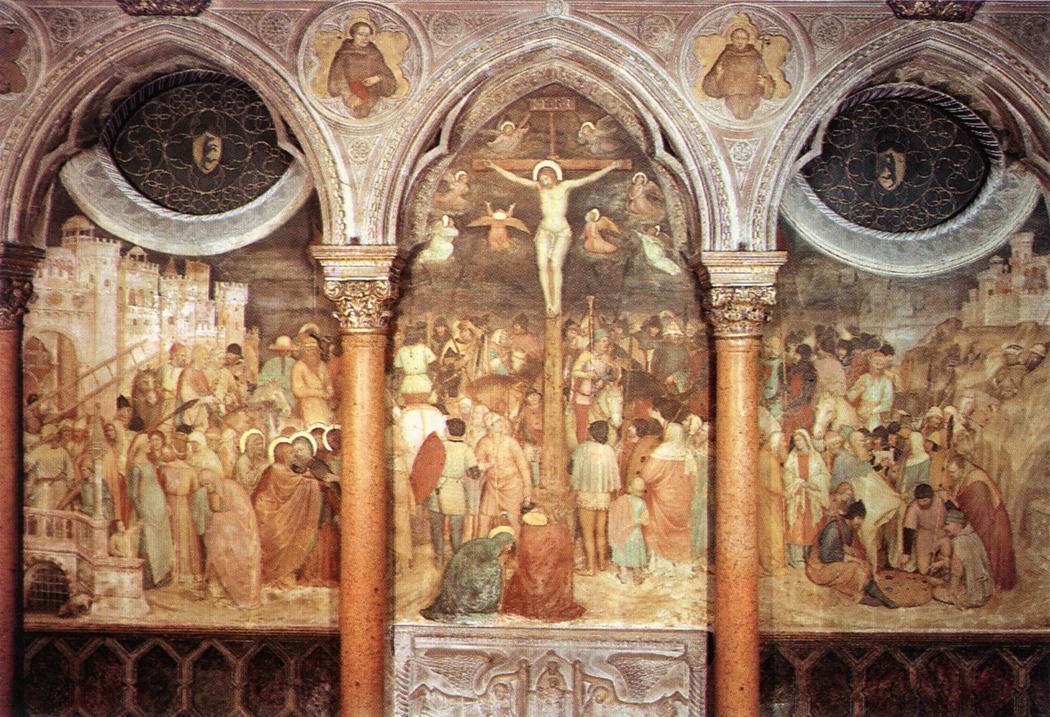 Padua has a very significant place in the scriptures for Jews and Christians. It has also been one of the places related heavily with Biblical stories. Padua is also known to have been a symbolic play in many of Shakespeare’s plays. Although I have been fascinated by the frescoes in the Vatican, Padua remains a place I shall never forget because of its Basilica d’San Antonio. Excellence exemplified! It happens so many times to you – that you miss the bigger diamond while looking for the more hyped one.

This fresco of Crucifixion gave me goose bumps, and it still does when I remember the depth – even while looking at it later through the internet. It is a story here, and in fact, I see a work that goes deeper than novels. The detailing here makes it all the more worth yearning to engross in it. For all my art-loving friends, this one turned out to be a greatly captivating work straight out of the Biblical world. While the disciples have their halos and hush-hush words to share among themselves, society looks upon, ruthlessly critical of Jesus’s political stance.

A heretic to the Romans, Jesus has become a radiant hero for paintings like this and others. The crusaders in the background tread on their horses unperturbed by the silent angels who have come to take Jesus. The impact of this alone left me dumbstruck because da Zevio made sure he had the right colors with the materials he could gather in the 15th Century.

Much before the days of da Vinci and Renaissance’s overwhelming excellence, da Zevio made a contribution that probably became the benchmark of artistic excellence – particularly for the popes who had a similar vision for the City of their God.
Measuring more than 27 by 9 feet, this gigantic masterpiece is worth photographing, but only if you had my luck!