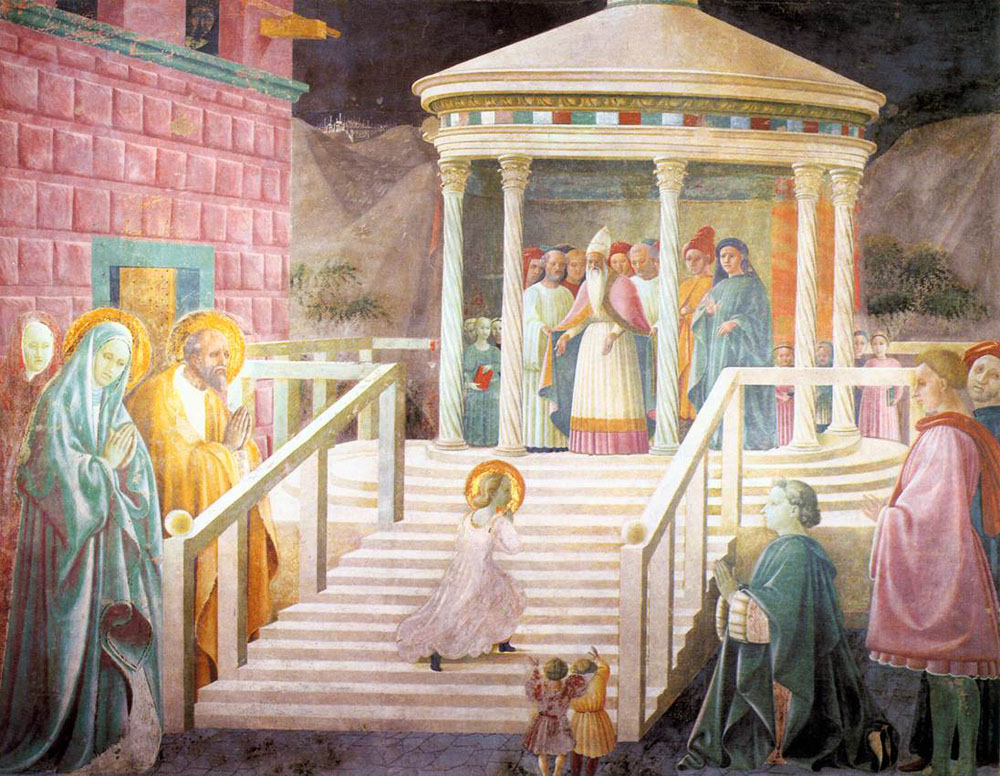 Mary’s life is a noble one, or so believed Uccelo. Overlooking controversies like the Mary’s marital role or Jesus’ marriage is the imposing fresco, done by master-painter who has made it very easy for us to realize the importance of Jesus in times of constant fear, famine and war. Uccelo lived in the early medieval period, in which the masses had none to look forward to, but a hero to look back upon, only in the hope of the peace he wished would prevail. While Uccelo has been an avid presenter of biblical stories in fresco, he has also been one of the most respected personalities in his genre – which has evidently bolted through the next few centuries like rock n roll!

The adolescent Mary in this fresco brings an air of purity, sanctity and a wholeness in belief to the social atmosphere around Uccelo. Living in Italy, the home of catholic values, one has to believe in the immense gratification the folk felt about their convictions in Mary’s role, as a woman and mother, in helping bring the revolution, and freeing society of sinister government moves and draconian rules, even if just by fate. The population then had a notion about the causes of their miseries, also helping us infer that tyranny is an age-old problem. All this talk from me is coming only because I was soaked with the thoughts of how Uccelo and his contemporaries might have been forced to believe in something in spite of knowing that it had nothing logical to do with the problem at hand. Such trends are prevalent today, but possibly as ideological backboning.

I have been engaged particularly in the support behind Mary, coming from the people gathered in the temple. Besides, the colorful setting, the pillared podium and the presence of a socio-political figurehead – which are telling enough about the long-prevalent acceptance of this fresco as a social talisman.