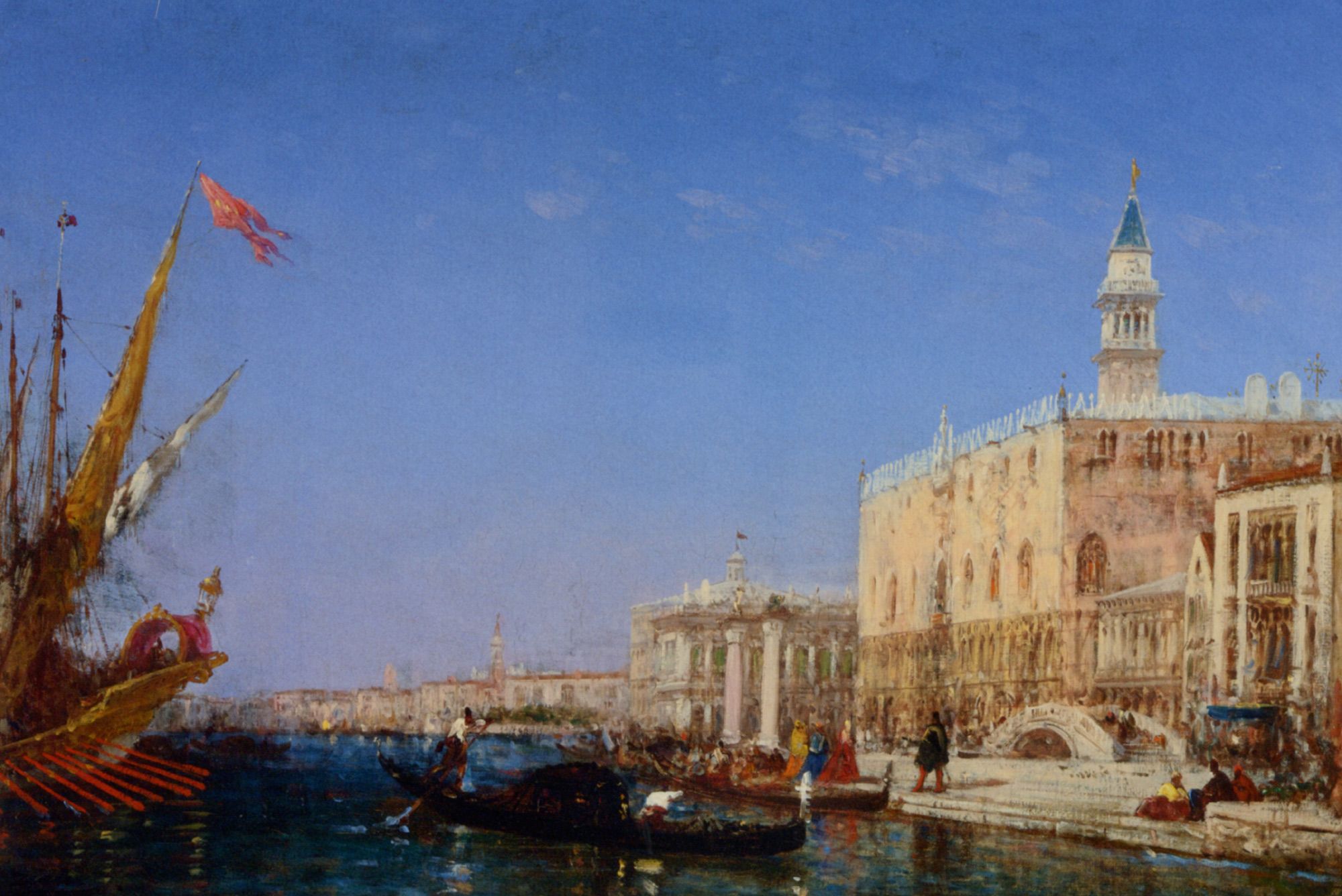 Another version of the same dock in Italy artist seams fascinated with the view of the Bacino de San Marco about which he has made around 5 more versions of the same landscape. The keen history and the novice of the surroundings may have intrigued him to portray the scene.

Here, we are watching a more clear and detailed version of the port, with buildings having more detail and the Quai des Esclavons (the pavement near the creek) is having more objects than the other portrayals. The prominent buildings on the right are The Doge’s Palace, The clock Tower & The Biblioteca Nazionale Marciana. The big square emerges between those buildings is called St Mark’s Square. All of them have their own significant histories in the collective history of the city Venice. Those have become one of the tourist’s points.

The boats in the middle are now one of the trademarks of the Venice and they are called -you might have heard of it- the Gondolas. They kind of have a cultural legacy of their own for the city because without the gondolas Venice can’t portrayed fully, just like without water Venice will not be the Venice anymore.


The ship on the left side seems to be the type of the Longships in which they are – as the name says itself- long and are driven by sails, oar or both. Here the ship uses the both types. It puts the commercial aspect of the city, as the overseas trades have not been a modern in thing for Venice.

This lucrative city has taken a poetic aspect after appearing any many artists’ works as an allegorical work. No wonder, Felix Ziem got inspired to make more than one portrayal of this particular part of the city, which encompasses all the major features and the facts.