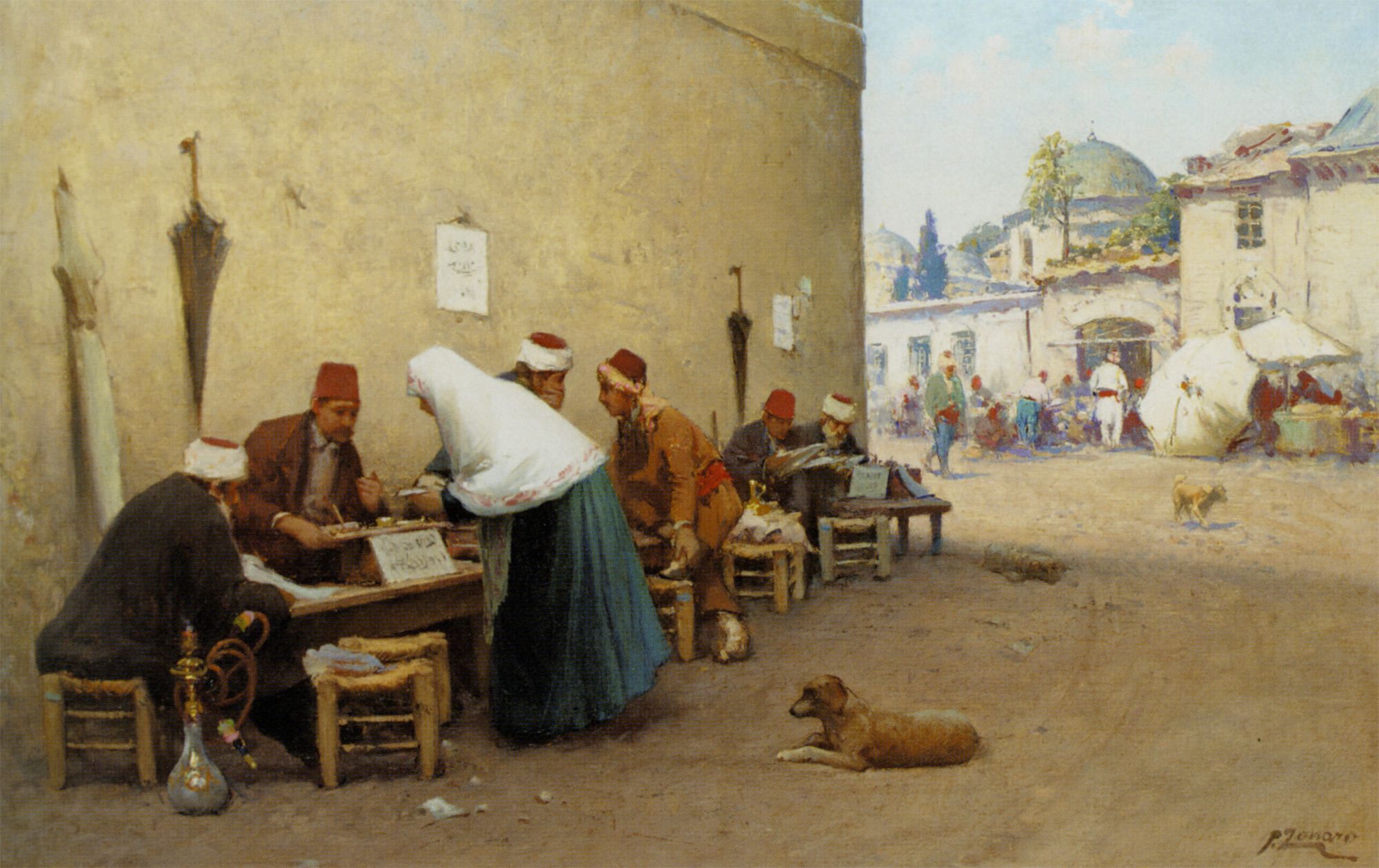 Around 19th century, people of Istanbul used to have scribes to write or read their letters as they had very low literary knowledge. This oil-on-canvas painting shows one of those days.

Artist Fausto Zonaro was born in Masi, which was in Austrian Empire, in 1854. He was very much interested in painting from the beginning and his parents decided to encourage his skill. After learning in a Fine arts Academy in Verona, he opened his own art school in Venice. But he was not fully happy with his way of life.

He found the satisfaction in Istanbul. He attained the attention of aristocratic circles and started receiving works from them. Being pleased with his paintings, he got the title of court painter.


Now we can easily get the reason of making this painting. He used to live in Istanbul and had got many inspirations from the locality. The scribes were also the part of the local culture. And in my thinking, it is a major part, because scribes were the only way to communicate, when two people were far from each-other. It was a business of trust and relations. Without them, for the people of Istanbul, it would be very hard to stay connected with their loved ones who have gone out of country or somewhere far.

Thus, emphasizing the importance of the scribes, Zonaro has put insane effort in making the painting very near to the real culture. The small things like the umbrella hanging on the wall, dogs randomly sitting on the streets and the hookah near one of the scribe creates the real effect of the Istanbul in his time.

Moreover, the background, which is a fraction of the village market, depicts the daily life. The soft light coming from the left hints it’s an early morning or the late noon.

In this genre painting, subject as simple as a daily life of a scribe is tells the whole story of the culture precisely.