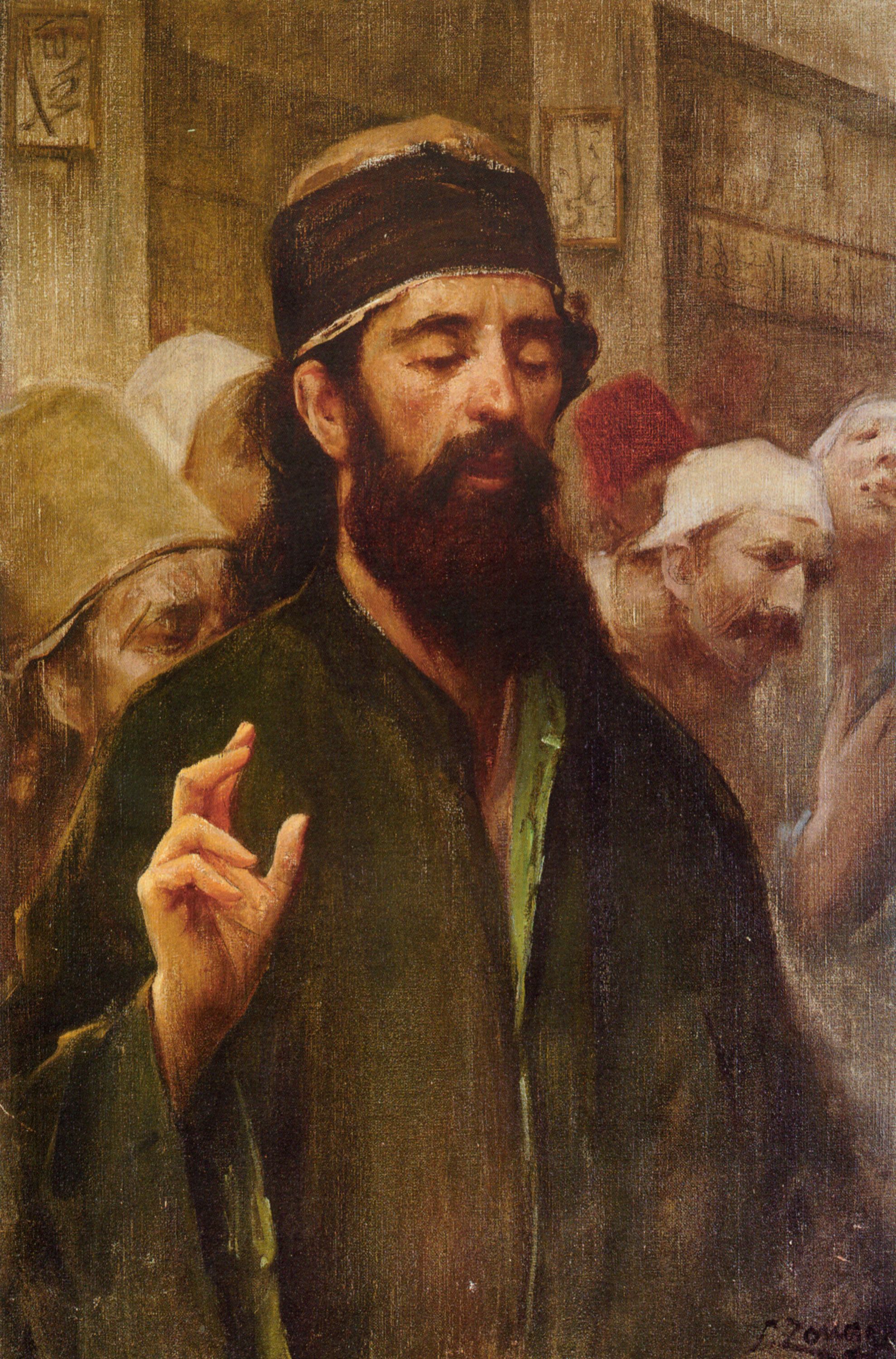 In Islamic culture, there is a concept of Iman. It consist the 6 basic elements. Those elements believe in god, angels, prophets, religious books, Day of Judgment and the ultimate fate pre-decided by God. Anyone who believes and follows these elements is having the Iman.

Greatly influenced by Islamic culture while he was living in Islamic country Istanbul, he came to know more about the religion. This knowledge and influence reflects in some of his works.

This is an oil-on-canvas portrait of an Imam – Islamic leader and the provider of religious guidance. He seems immersed in the thoughts of godhead. Looking at his half-opened mouth, we can say he is chanting some religious hymns. The raised hand in blessing pose is showing his spiritual progress. In the background, there are people who are also immersed in praising the lord. Maybe it is a scene from some kind of religious gathering at a mosque.

Zonaro might have experienced some religious festivals of Istanbul while his living in there. Because the firm belief in Allah, we can see on Imam’s determined face, can’t be achieved until he has experienced and thought about it very deeply.


It’s wonderment, to see how an Italian artist goes to an Islamic country and gets so much influence he draws more pictures of Islamic culture than his own. In his work, we don’t see any inequality or prejudice against the culture in any sense in his artworks.